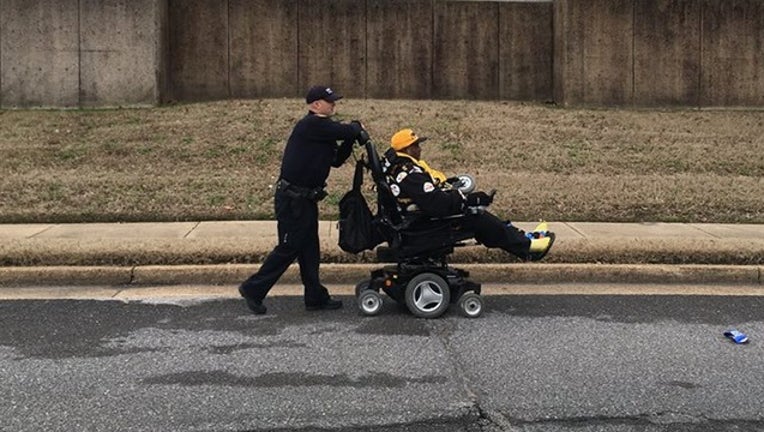 MEMPHIS, Tenn. (FOX 35 WOFL) - The Memphis Police Department said that three of their officers went above the call of duty for a man whose wheelchair broke.

Through a Facebook post, the department said that on January 3rd, three officers were dispatched to assist a citizen that fell out of a wheelchair. Once on scene, they found the citizen laying on the sidewalk. They say a wheel broke off of his electric wheelchair.

So, the officers reportedly went on to put the citizen back in his wheelchair. They then spent fifteen minutes with tools trying to reattach the broken wheel, but it could not be repaired.