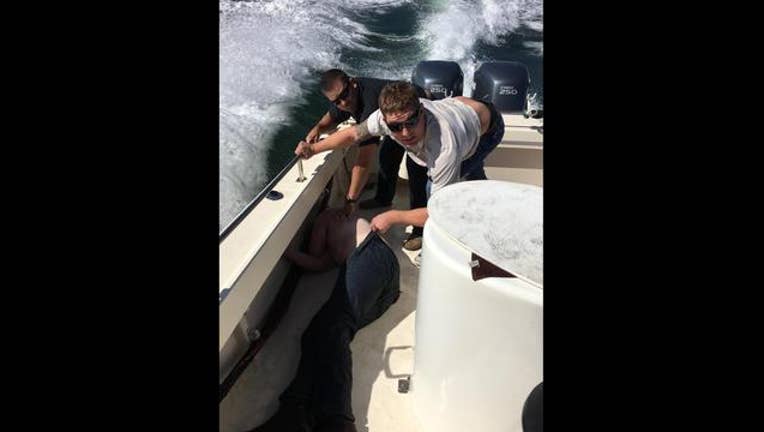 SAN FRANCISCO - A group of off duty Hayward firefighters rescued a man who had fallen from the Golden Gate Bridge.

Fire Captain Dan Wuerthner, and Apparatus Operators Ethan Kochis and Rob Frank were enjoying Fleet Week festivities aboard a commercial fishing boat on Wednesday when they saw a a person falling from the Golden Gate Bridge.

According to the Hayward Fire Department, the three off duty firefighters pulled the lifeless victim from the water and into the boat.

They began CPR while the fishing boat operator radioed the US Coast Guard, giving their coordinates and requesting a Fire Engine and Ambulance to meet them at a particular cove that they knew would be the best and fastest location to move the victim from the sea to land.

While en-route to the cove, the firefighters performed CPR and the victim's heart began to beat.

Upon reaching land, the firefighters who are also trained paramedics, continued to assist until the victim was in the back of an ambulance.

The condition of the victim and how he fell from the bridge is unknown at this time.