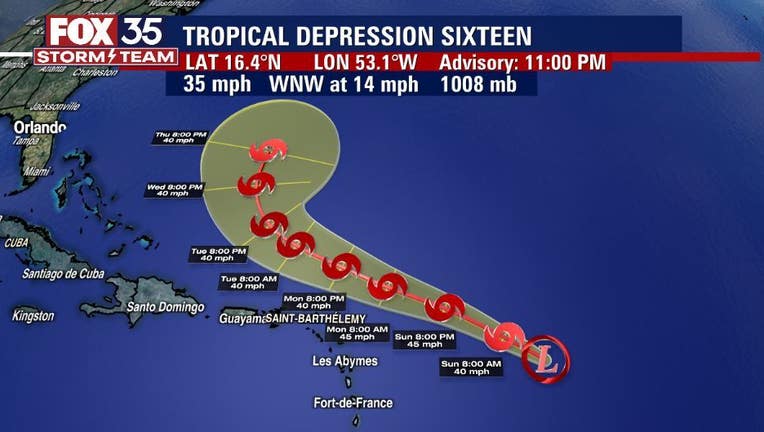 ORLANDO, Fla. - Tropical Depression 16 formed in the Atlantic Ocean on Saturday night, according to the National Hurricane Center.

It is moving west-northwest at 14 mph with maximum sustained winds of 35 mph. If it gains strength into tropical storm status, it will be called Peter. 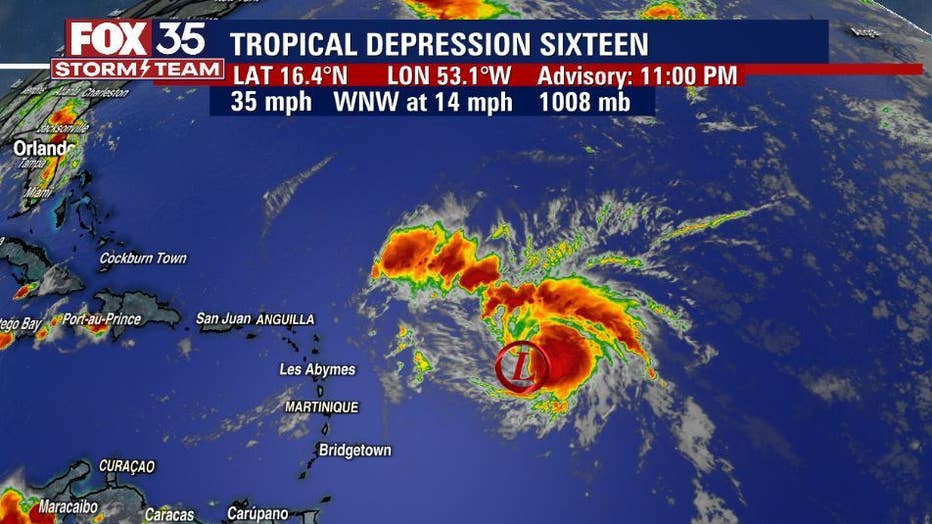 TD 16 is not forecast to impact Florida, according to the NHC. It is expected to turn back into open water.

The FOX 35 Storm Team is keeping tabs on several systems in the tropics, including Odette.

Tropical Storm Odette formed on Friday and is located south of Nantucket, Massachusetts. Odette is forecast to bring strong winds to Newfoundland as a post-tropical cyclone.

"On the forecast track, the center of Odette will pass south of Atlantic Canada on Sunday and Monday," the National Hurricane Center said on Saturday. "Strengthening is forecast during the next day or two, and Odette is expected to become a strong post-tropical low by Saturday night."

We are also watching a tropical wave located south-southwest of the Cabo Verde Islands. This system is currently nearly stationary but is expected to begin moving towards the northwest at 5 to 10 mph over the far eastern Atlantic where some additional development is possible over the weekend. 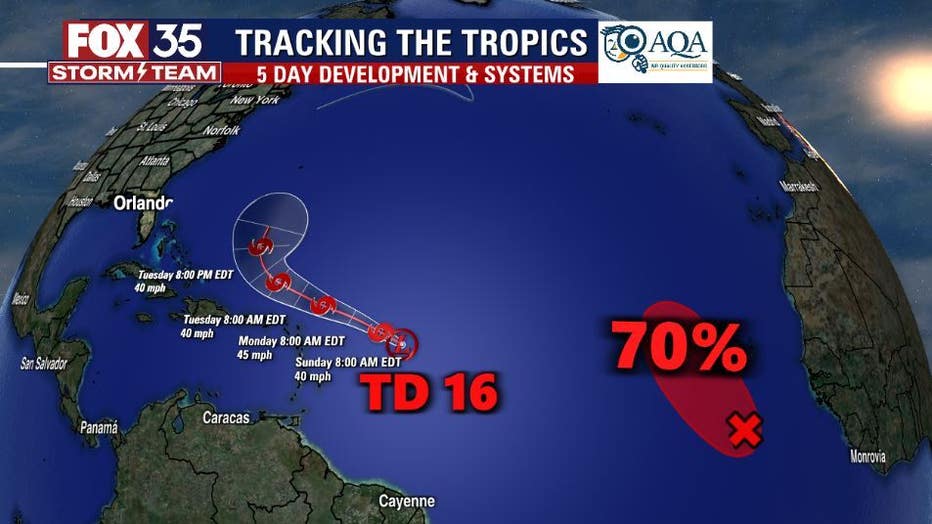 However, by early next week, further development appears unlikely, the NHC said.

FOX 35 Storm Team Chief Meteorologist Jayme King previously explains that once the peak of hurricane season passes, typically it means there will be fewer occurrences of hurricanes and tropical storms but don't put your guard down.

"We're fair game until Nov. 30. Stuff can happen and it can happen late in the season," he said.