Hawks are dive-bombing people in Central Florida. The Florida Fish and Wildlife Conservation Commission say this is nesting season. Both the birds and their nests are protected under state law.

When Tanya Vihtelic was walking her dog in Sand Lake Cove, she was suddenly attacked.

"It felt like a brick hit the back of my head and I got knocked to the ground."

It happened by Dillsbury and Glen Crest.

But, this wasn’t your usual suspect.

She says a hawk went right for her head.

"I have about four scratches on my head, but at least they weren’t as deep as the other people have had."

She says around 15 of her neighbors have also been injured.

"I feel like something brush my head and my dog was dumbfounded," said Dmitriy Morozov. 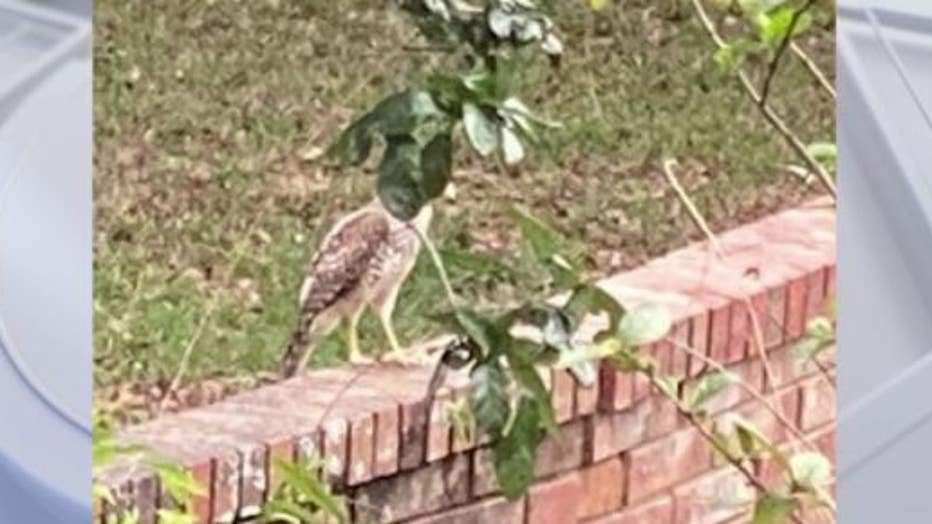 He says he too was attacked.

"I’ve never been attacked by a hawk before so it was awesome and scary at the same time, but was kinda surprising to say the least," Morozov said.

Surprising because even after he was injured, he said his dad did too.

According to the Florida Fish and Wildlife Conservation Commission, this is the time of year when hawks are nesting.

Wildlife officials say the raptors dive at people who come too close.

They recommend trimming back branches so hawks can’t perch on them.

They also say it's a good idea to use umbrellas or hard hats to protect yourself when your outside.

Morozov says, "Walk a different direction when I'm walking my dog, go on a different path and wear a hat to protect my head this time."

Officials say the birds and their eggs are protected under federal and state law.