The National Weather Service is working to confirm whether a tornado touched down.

The National Weather Service is still trying to confirm if two possible tornadoes touched down in DeLand on Saturday. The City of DeLand said that several city facilities were damaged, including the Melching Field, the city's Little League complex, and one of the city's water plants. The estimated damage to those facilities is roughly $25,000.

"Basically, we're out of electric, out of water. Right now we're running generators so we don't lose all our food," Steve Langston of the DeLand VFW said. "Then it ripped off the roof, and our whole kitchen section in the back with the grill and canopy and all that, that was all ripped off. We got a lot of water damage inside from when the roof was ripped off."

Langston told FOX 35 News that it will cost between $30,000 to $40,000 in repairs. In the meantime, lots of tradesmen have donated their time to helping out. 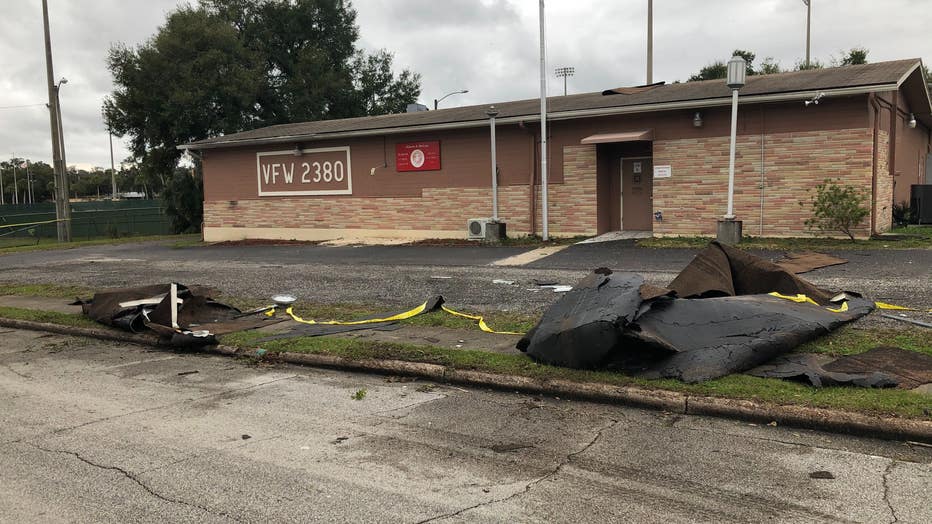 People living in the area got cell phone video of a possible tornado that tore through the University's baseball field.

"I started noticing the winds going around real bad and I looked up and you see the tornado start to form and branches and stuff in it," CJ Nava, the person who recorded the video, said. "We ran in the closet and sat there for a minute and you see all the power poles and power lines going down." 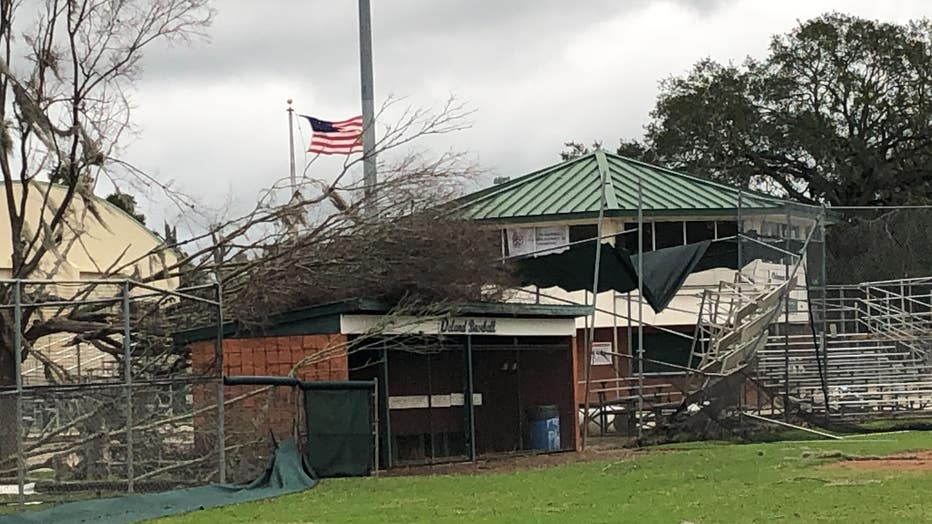 Fallen powerlines and trees covered the streets throughout the rest of Volusia County. Several more buildings had damaged roofs.

The National Weather Service will reportedly visit the county on Monday afternoon to investigate the damage. 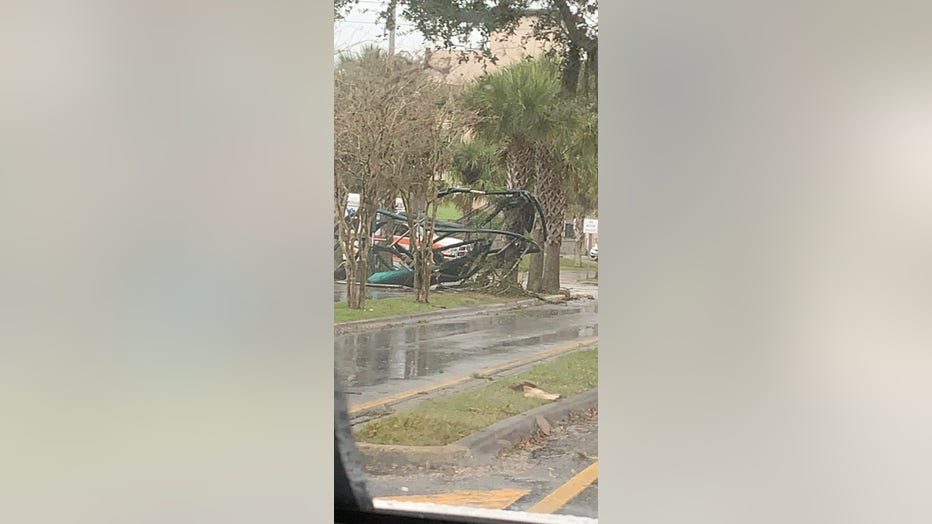 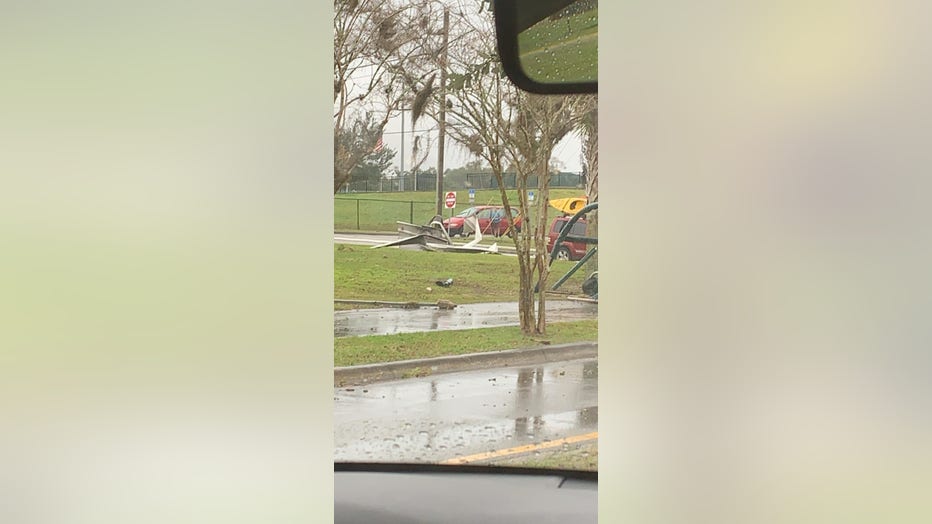 Then, in Lake County, deputies also responded to reports of a possible tornado touching down. They were called to the Holiday RV Village on County Road 33 in Leesburg. Several roofs and carports were damaged. One resident even received a minor cut to his head when a tree limb came through the roof of his room and hit him.

The National Weather Service said that they will investigate the storm damage in Lake County on Monday morning. 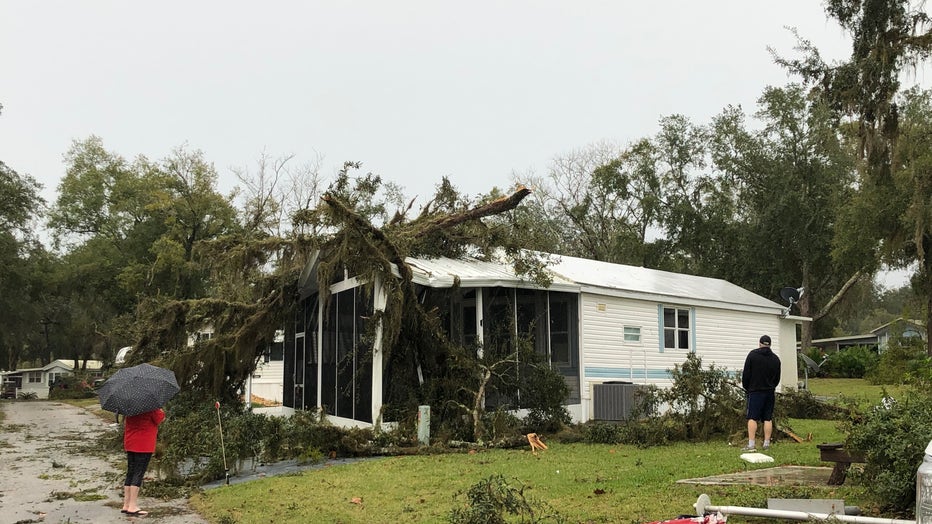 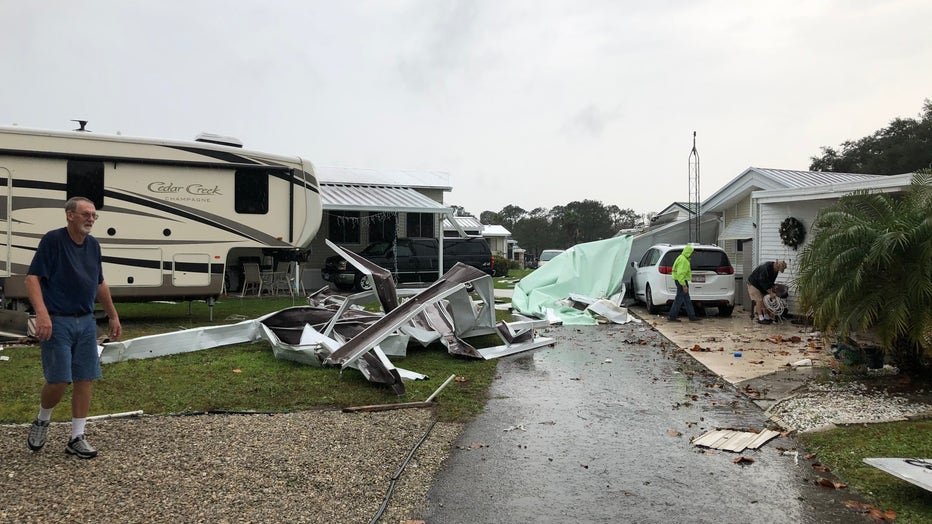 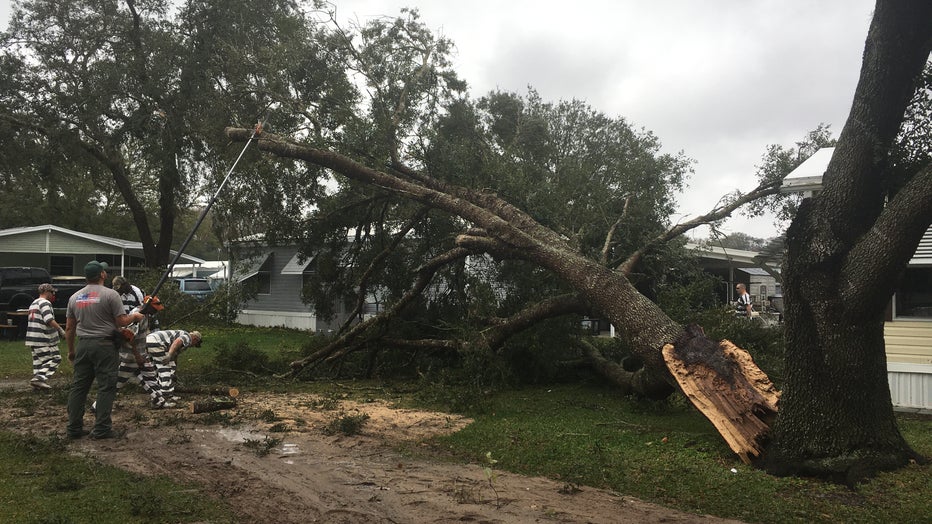 The National Weather Service also told FOX 35 News that a survey team will head to the Leesburg area to determine if a storm that hit on Saturday was indeed a tornado. They will start just south of Leesburg in the Ockahumpta area.

Roadways are still being cleaned so please use caution when driving.