FOX 35 meteorologist Ian Cassette has a look at the latest tropical forecast, including Tropical Storm Lisa, and where the storm could be headed. Will it impact Florida?

The National Hurricane Center said the storm is expected to gradually strengthen over the next few days and could become a hurricane over the northwestern Caribbean Sea.

According to the 11 p.m. advisory, Tropical Storm Lisa was located about 290 miles south of Grand Cayman and moving toward the west at 12 mph. Maximum sustained winds were measured at 45 mph. 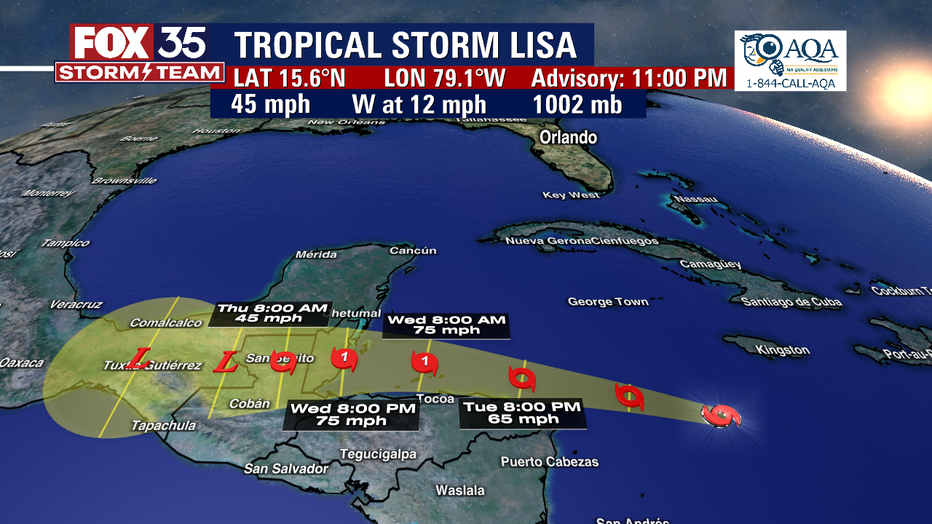 "On the forecasttrack, the center will pass south of the Cayman Islands on Tuesday,move near or over the Bay Islands of Honduras early on Wednesday,and approach Belize later on Wednesday," the NHC said.

The FOX 35 Storm Team will continue to monitor any potential developments in the tropics. Hurricane season runs through Nov. 30.