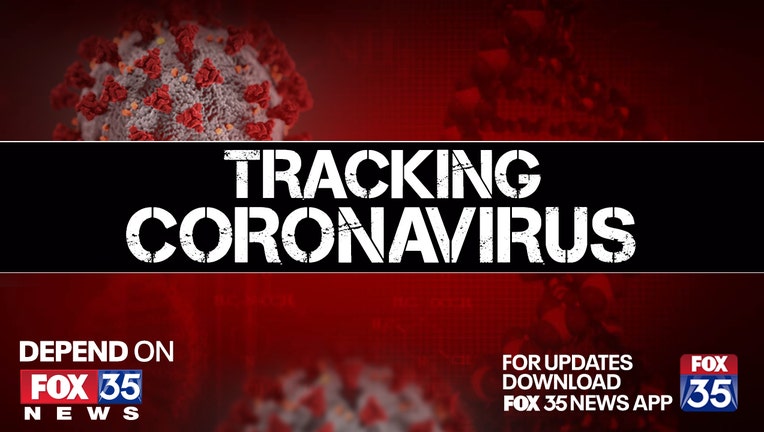 LAKE MARY, Fla. - (9:40 p.m.) UPDATE: A new presumptive positive case of the coronavirus has been identified by the Florida Department of Health in Manatee County. Health officials say the individual is isolated and being appropriately cared for.

The total number of cases now rises to 17 as of Saturday night.

On Friday, the department announced that two people had died in the state due to the coronavirus.

(7:05 p.m.) UPDATE: The Florida Health Department has announced two new presumptive positive cases of coronavirus (COVID-19) in Florida: One in Volusia County and the other in Okaloosa County.

Health officials say both people are isolated and have a recent history of travel outside of the United States.

The patient in Volusia County is said to be a 66-year-old woman.

The patient in Okaloosa County has been identified as a 61-year-old woman.

The total number of cases now rises to 16 as of Saturday evening.

The Florida Department of Health announced on Saturday that two more people have tested 'presumptive positive' in the state for the coronavirus.

The newest cases are in Lee County and Chalotte County. No information about the new patients genders or ages was released.

"The individual is isolated and being appropriately cared for," the department said in an update.

The Centers for Disease Control and Prevention will need to confirm the cases.

On Friday, the department announced that two people had died in the state due to the coronavirus.

One of the deaths involved a 72-year-old Santa Rosa County man who had previously been disclosed as having the virus. Though the case was only confirmed by the Centers for Disease Control and Prevention after the person had died. The other death involved a Lee County resident, whose case had not been disclosed. The department did not immediately release the Lee County resident’s gender or age, saying the person was “in their seventies.”  Both died following international trips.

The number of Florida-related coronavirus cases has steadily increased, after initial announcements last weekend. The Department of Health website listed 14 positive cases, with eight involving Florida residents in the state, five involving residents out of the state and one non-resident who is in the state.

About 278 people are currently being monitored in the state. The Florida Department of Health reports that 1010 have been monitored to date.