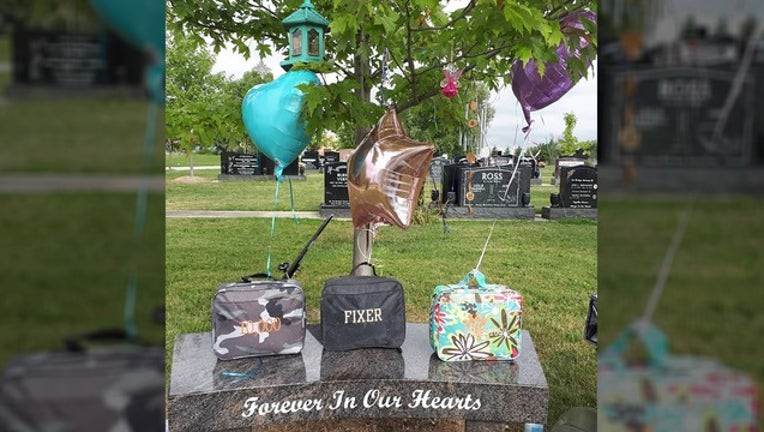 TORONTO, Ontario (FOX 35 ORLANDO) - A grieving mother who lost her three children in a drunk driving incident is raising awareness with a heartbreaking photo on Facebook.

Jennifer Neville-Lake of Bampton, Ontario posted an image on Sept. 3, which would've been around the time her three children would've started school.

"Grade 8. Grade 4. Grade 2. Or rather, should be!" Neville-Lake wrote on Facebook with a photo of the children's lunchboxes that they would've been using. "These were their lunch bags for their 2015 school year. Milly's was designed by her Kuya's-they worked together to make it for her whilst she sat on my lap and tried to grab her Kuya Harry's hair. His hair was getting long and she liked to pull it bc he would squeal. The boys took their lunch bags to school and Milly took hers to her music class and when she would spend Fridays with my dad. Our family's first day of school because of a drunk driver."

Neville-Lake says in Sept. 2015, her parents were bringing the children back home after a visit. They were running late and that's when she says a friend called her to tell her that there was a crash involving children. Neville-Lake turned on the TV and saw her own van.

All three children died from their injuries. Neville-Lake's mother and the children's great-grandmother were the only survivors.

Neville-Lake tells Fox 35 she shared the photo in hopes of making a difference.

"I share it to raise awareness of the consequences of impaired driving in the hopes that no one else has to hold all their children's birth certificates in their hands for their 40th birthday like I did this year."

Deputy pumps, pays for gas for handicapped woman who couldn't afford to get home

600-pound truck stop camel sits on Florida woman, who then bites its testicles to get free