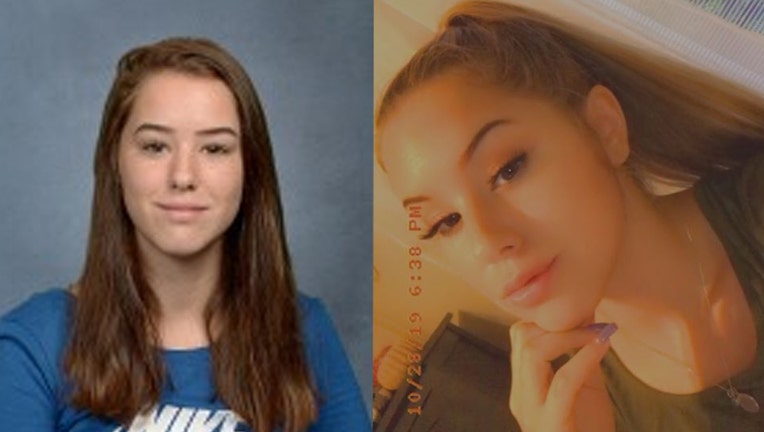 Kaitlyn has been located after turning herself in, police said.

They said that Kaitlyn was last seen on November 22, 2019 at Eau Gallie High School.

She was reportedly wearing a blue hoodie with blue jeans and white sneakers. She has brown hair and eyes. She is approximately five-feet, five-inches tall and weighs about 120 pounds.

Anyone with any information on Kaitlyn's whereabouts is asked to contact the Melbourne Police Department at 321-608-6731.