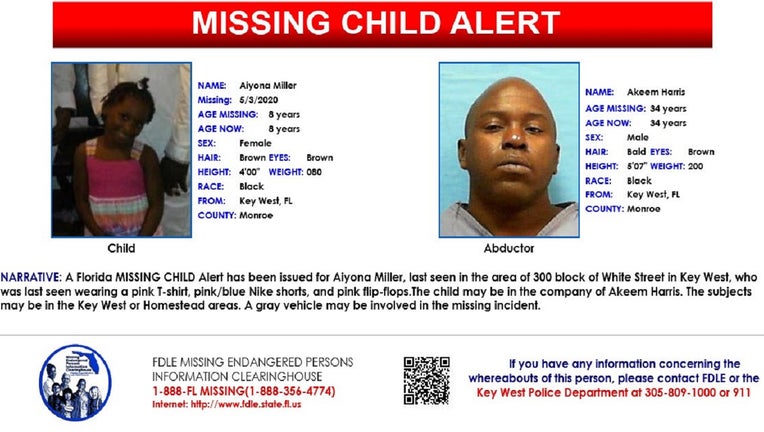 A Missing Child Alert was issued Tuesday night for an 8-year-old girl in Key West.

The Florida Department of Law Enforcement (FDLE) identified the girl as Aiyona Miller, who was last seen in the area of the 300 block of White Street in Key West.

Officials say she may be in the company of Akeem Harris.

Investigators say they could be in the Key West and Homestead areas.

The FDLE said in a news release that a gray vehicle may be involved in the incident, but no further information was provided.