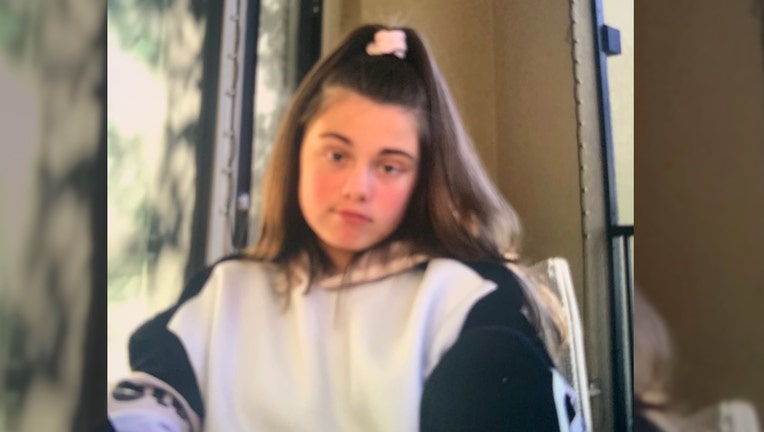 CLERMONT, Fla. - (UPDATE) The Clermont Police Department said on Tuesday that the missing teen was found in good condition and that she has been reunited with her parents.

Have you seen Kara Teeuwen?

Clermont police are searching for a 13-year-old girl who has not been seen since Monday night.

According to authorities, Kara was last seen in the area of 1480 Hammock Ridge Road in Clermont, Florida around 8:00 p.m. She was reported missing nearly an hour later.

Kara weighs approximately 110 pounds and is 5-feet 2-inches tall with brown hair and brown eyes. Kara was seen last wearing blue jeans with a black long sleeve shirt with roses on it.

It is unknown if she has a working cell phone.

Anyone with information on Kara’s location should contact the Clermont Police Department at (352) 394-5588.