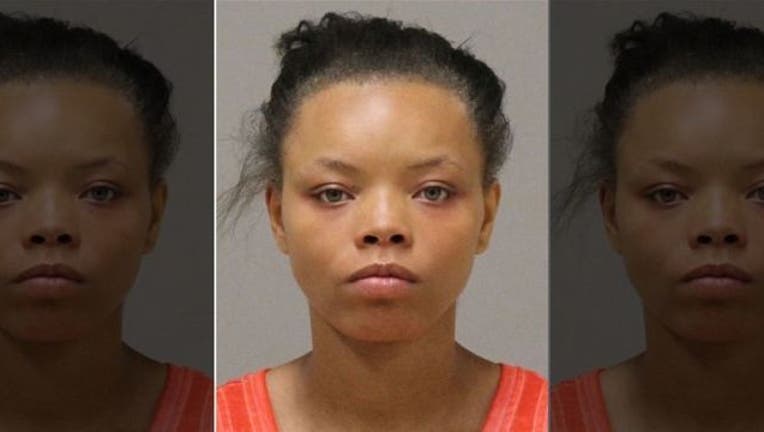 Lovily Kristine-Anwonette Johnson, 22, was charged with first-degree murder and first-degree child abuse in the death of her 6-month-old child. (Kent County Jail)

FOX NEWS - A Michigan mother was charged on Monday with first-degree murder and first-degree child abuse in the death of her 6-month-old son.

Lovily Kristine-Anwonette Johnson, 22, of Wyoming, Mich. was charged after the infant died after not being fed for two days. The baby, Noah Johnson, had been left in an apartment with no air conditioning -- as the temperature inside reportedly reached 90 degrees.

Johnson brought the 12-pound child – who was already dead – to a hospital on Wednesday afternoon and was arrested later that day.

By the time Johnson arrived at the hospital, Noah's body had already started to decompose, according to a Child Protective Services complaint filed against the dead infant's mother, m LIVE reported.

The infant had remained buckled in a car seat on the upper floor of Johnson's apartment and she had not fed him since the prior Monday evening, authorities said.