Authorities are searching for a gunman who fatally shot a teenager in Daytona Beach. Eric Gordon, 18, is described by his aunts as a loving kid.

DAYTONA BEACH, Fla. - The family of an 18-year-old who was killed over the weekend is asking the public to come forward with any information that could lead to an arrest.

On Saturday night, police said Eric Gordon crashed into a building at Campbell Middle School after being shot in the head. They found him slumped over the wheel, bleeding out.  He died hours later at the hospital.

On Monday, a memorial grew for Gordon outside the school.  Family and friends stopped by throughout the day to drop off flowers, candles and balloons. His aunts, Ruth Emerson and Danna Gordon, told FOX 35 News that he was a good kid with a bright future ahead of him. 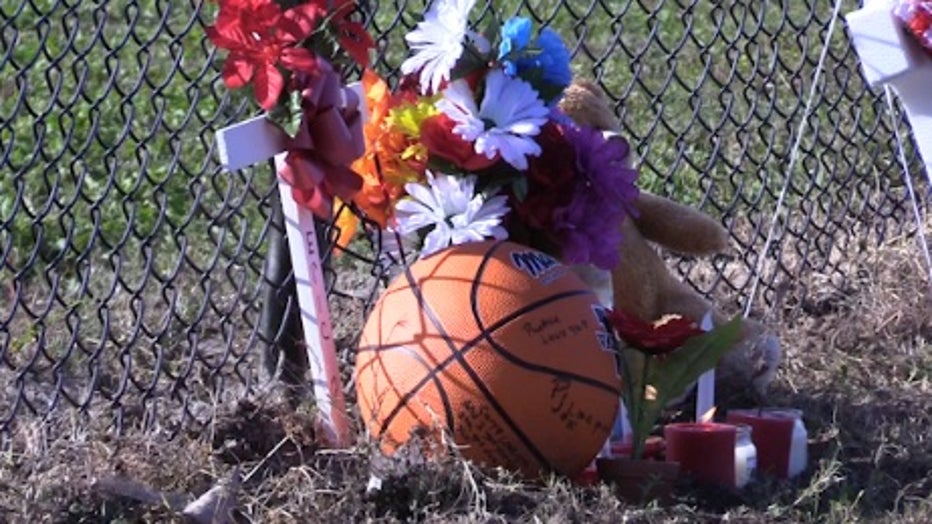 "He was just your average kid. Go to work, come home and play video games like an average 18-year-old would," Emerson said.

The family is asking anyone with information to reach out to the Daytona Police Department.

"We’re hoping that anybody out here who seen something or heard something to come forward and give us the information," Gordon said.

Witnesses told police they heard gunshots and saw someone else run out of the car.

The Daytona Beach Police Department is offering a $10,000 reward.  On Monday afternoon, police told FOX 35 News no tips had been received.