ORLANDO, Fla. - On Monday, the Orlando Police Department said the medical examiner confirmed the identity of the body found in a submerged car inside a retention pond over the weekend is, in fact, missing Belle Isle woman Stephanie Hollingsworth.

Orlando police said Saturday night that the license plate of the vehicle found in a retention pond in Orlando matched the plate of Hollingsworth's SUV.

She was last seen on Sept. 25, along with her Chevy Tahoe.

On Saturday afternoon, searchers, along with the woman's family, were flying a drone near Dowden Road and Story Time Drive in the Innovation Way area when they discovered a vehicle inside a retention pond, according to the Orlando Police Department 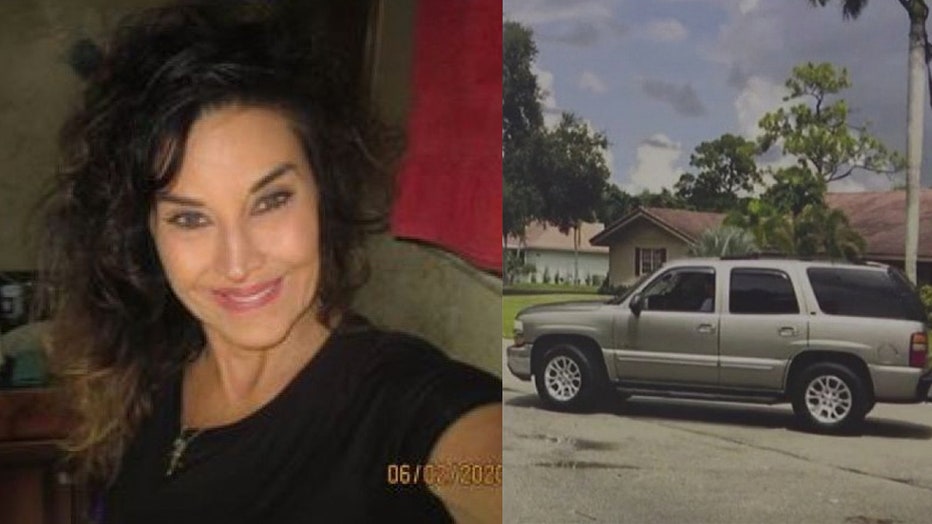 A dive team with the Orlando Fire Department confirmed that a deceased person was inside the vehicle, according to a news release from Orlando police.

RELATED: Police: Husband, his family ruled out as persons of interest in disappearance of Belle Isle mother

The Belle Isle Police Department was made aware of the discovery and contacted Hollingsworth's family.

"This has been a long, hard road for the family. They have beautiful hearts and are strong. Scott is a great dad and he has led a positive charge to find his wife. His children love and respect him. He is their rock. They saw the hundreds of searchers and thousands of people who came together praying to bring closure to the family. Without all of these people and the tireless efforts they put forth while stopping their lives to help this family in need, Scott would still be searching for his wife. He can now rest. Scott motivated us to start FindSteph.com. It became a movement. He would like us to continue the efforts to bring forth conversations that address many of the subjects that surfaced during this search.
This was a mother who loved her family and was married to her soulmate. Together they raised 3 strong, well-rounded boys. They are all heartbroken today, just as they have been for 3 weeks. Today brought closure so that they can all now grieve."

Read a statement from Hollingsworth's family about her death

The medical examiner is now working to identify Hollingsworth's exact cause of death.