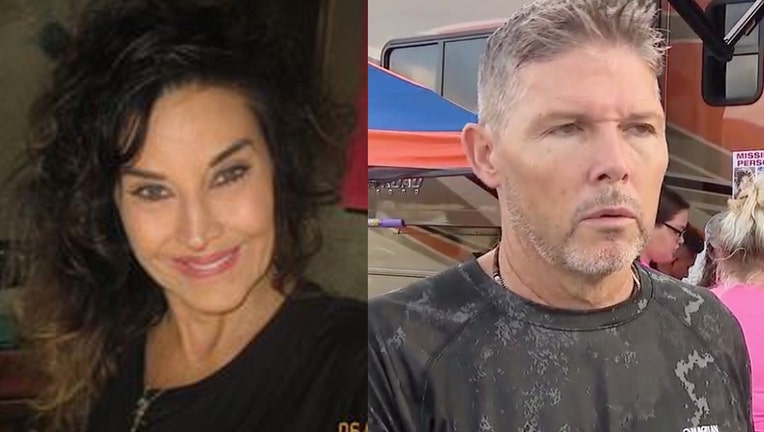 BELLE ISLE, Fla. - The husband of a missing mother from Belle Isle and his family have officially been ruled out as persons of interest by police.

The Belle Isle Police Department said that Stephanie Chitwood Hollingworth, 50, was last seen on September 25th at her home on Money Avenue. She took her purse when she left but not her cell phone. She could be traveling in a 2000 Silver Chevrolet Tahoe bearing Florida license plate 'Y50XUR.'

Her last known debit card transaction was reportedly at the Bank of America on Goldenrod Road on September 25th. Obtained surveillance video showed Stephanie walking in an aisle at the Walmart on South Goldenrod Road, which is near the bank, that same day.

On Monday, Belle Isle police released new surveillance video of missing woman Stephanie Hollingsworth from the day she was last seen. The video shows Hollingsworth walking in an aisle at the Walmart on South Goldenrod Road in Orlando on Sept. 25.

Stephanie is said to be about 115 pounds, 5'4", with brown hair and eyes. She was last seen wearing a black shirt and gray, black pants. She is the mother of three teenagers.

On Thursday, police announced that Stephanie's husband, Scott, and his immediate family have been ruled out as persons of interest in her disappearance.

"Scott has been exceedingly cooperative with us throughout the investigation and has supplied all the information requested by detectives," the Belle Isle Police Department said.

Scott and his family have also organized several search parties for Stephanie.

“Search is going very well,” Scott previously said at one of the search party meetings. "We're having amazing support, a lot of people are showing up, giving everything they can, their talents and abilities, whether it's boots on the ground or flying drones.”

On Sunday, volunteers were back out searching for Stephanie Hollingsworth. The mother hasn't been seen since Sept. 25.

The Hollingsworth family is asking for any homes and businesses along the route that may have any video of Stephanie’s car to please contact them. They are also recruiting volunteers to help with the search and pleading for any new information.