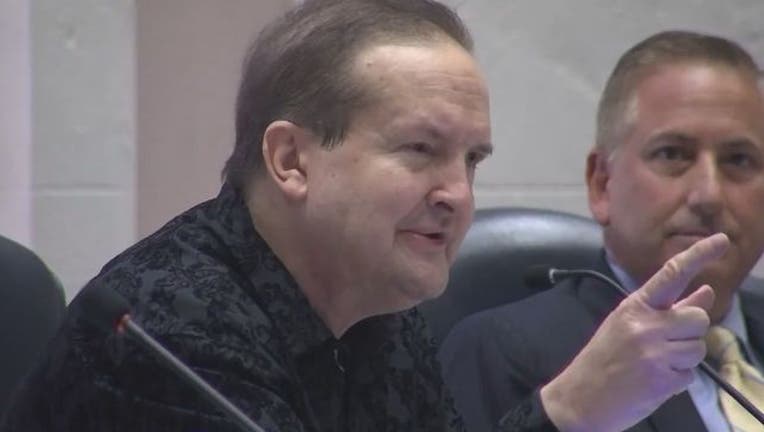 ST. PETERSBURG (FOX 13) - Intensity surrounding the St. Petersburg race for mayor intensifies by the day, and Tuesday was no different.

After the assertion was made he was a "non-factor" in the race, Mayoral Candidate Paul Congemi snapped back at members of the Uhuru movement and their candidate, Jesse Nevel during a mayoral debate July 18 in St. Pete.

Congemi's response was one many may not have expected.

Get out of here" a woman in the audience could be heard saying several times.

Another mayoral candidate said twice "non-factor" in response to the tirade from candidate Congemi.

"I was reluctant to engage this candidate last night and draw even more attention to his disturbing message. I regret not doing so, though. It is simply unacceptable to spew this kind of bigoted rhetoric. Free speech should not compromise the dignity and respect of any person or community. This candidate spoke hateful words about African-Americans and our LGBT community. He has the right to do so, but nothing about what he said is right. His comments just aren't who we are. -RK"