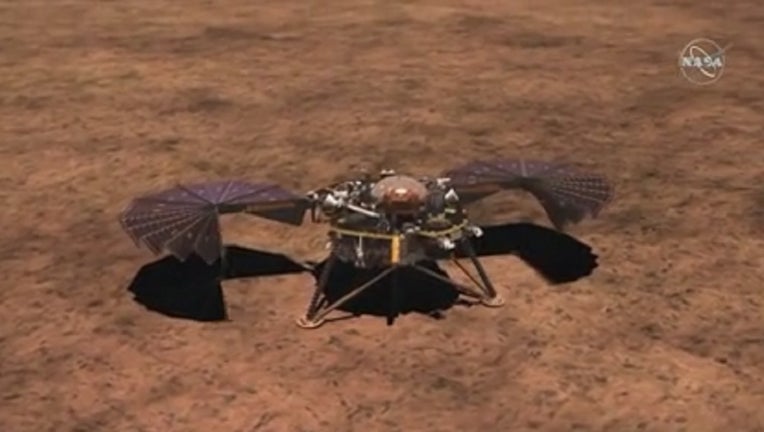 CAPE CANAVERAL, Fla. (AP) - A Mars lander's digger is burrowing into the red planet again after hitting a snag seven months ago.

NASA said Thursday the mechanical mole has penetrated three-quarters of an inch (2 centimeters) over the past week. While just a baby step, scientists are thrilled with the progress.

The German device is meant to penetrate 16 feet (5 meters) into Mars to measure internal temperatures. It barely got a foot down (30 centimeters) before stalling in March. To help, the robot arm on the InSight lander is pressing against the drill to create enough friction for it to keep digging.

The mole began hammering into Mars in February, three months after InSight's arrival.

Scientists say it will take time -- and lots more hammering -- to see how deep it goes.