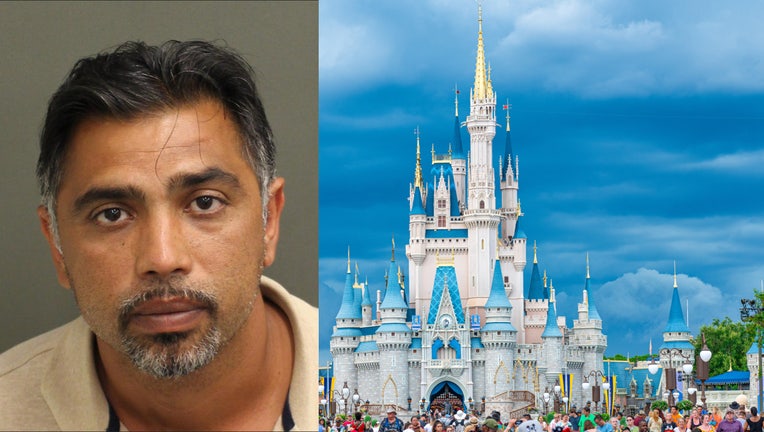 ORLANDO, Fla. - A man allegedly snuck himself and a child inside Disney's Magic Kingdom theme park without paying and shoved two employees who tried to stop him, according to an Orange County Sheriff's Office arrest affidavit.

Authorities said a Disney security manager tried to stop the suspect – 37-year-old Baica Crisan, of Virginia – during the Aug. 19 incident to get him to either show him a ticket or explain why he entered the park, but Crisan reportedly shoved him and continued walking past him.

The security manager and a Disney investigator followed him down Main Street of Magic Kingdom and while they were following him, deputies said Crisan pushed the investigator out of his way. Crisan reportedly acted as if he did not understand English, though it was later learned that he knew the language, authorities said.

Crisan was then taken to Disney's security office while Orange County deputies conducted an investigation.

Deputies were shown a security video that showed Crisan walking through the front entrance with a child without using ticket media of any kind and not paying for admission. The cost of admission for both would have been $210, the affidavit stated.

Crisan was arrested on charges of petit theft and battery. His bond was doubled due to him living out of the state of Florida, the affidavit stated.