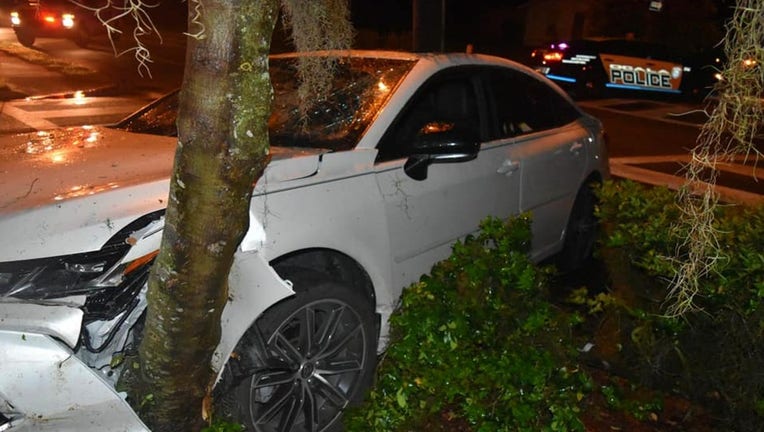 LAKE MARY, Fla. - Ocala police officers continue to search for the driver in a fatal hit-and-run crash that occurred just after 10 p.m. on Friday.

Investigators say a man was walking in the outside lane of the 1000 block of South U.S. Highway 441 when he was struck by a white Toyota Camry. The victim became lodged beneath the car, which did not stop, according to detectives.

The vehicle continued on and dragged the man beneath it, officers say, but he became dislodged from beneath the car in the 500 block of SW 1st Ave.  The driver continued on from the scene, police say.

The vehicle was located at the intersection of SE Broadway St. & SE Tuscawilla Ave. having crashed into a tree.  The driver was not present and has not been located at this time.

The victim, described as a 45-year-old Black man, was transported to Ocala Regional Medical Center where he was pronounced deceased.  His identity was not immediately released.

Anyone with information is asked to contact the Ocala Police Department at 352-369-7000 or you can submit an anonymous tip at Crime Stoppers of Marion County at 352-368-STOP (7867). Tips can also be submitted at www.ocalacrimestoppers.com.