A pastor in Clermont, Florida is crediting his Apple Watch for alerting him to an episode of atrial fibrillation.

CLERMONT, Fla. - A pastor in Clermont, Florida is crediting his Apple Watch with saving his life.

As a pastor at Real Life Christian Church, Dr. Jeff Barnes is used to opening his heart to others, but several times in his life, his giving heart almost gave up on him. Two years ago, he was diagnosed with atrial fibrillation, or AFib, which is an abnormal heartbeat.

“You feel panic because your heart is all over the place,” said Dr. Jeff Barnes.

With his family history of heart issues, he could have died, but he lived and set out on a mission to keep it that way. He was put on blood thinners, increased how much he exercised and hydrated and bought a new Apple Watch.

“I said to my wife I’m going to go ahead and buy one because what if I have this AFib problem again?”

With the Apple Watch, he can not only check his heart rate but also its rhythm.

It may have been the best purchase he has made because just three months ago, he experienced an episode.

“I woke up in the middle of the night with chest pain and just feeling really weird.”

The first thing he did was put on the watch.

“It showed me very quickly that I was in AFib. It kept blinking at me.” 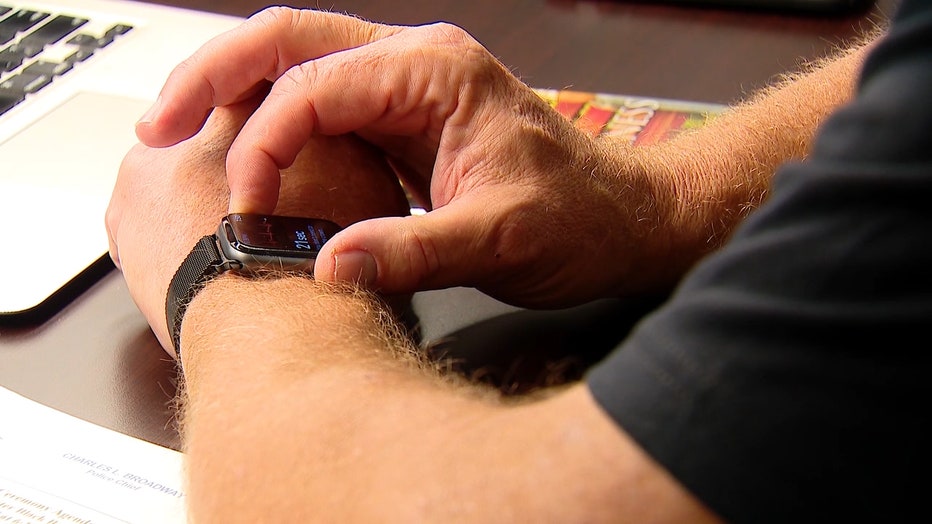 Paramedics arrived and were able to normalize his heartbeat before he even got to the hospital. Dr. Barnes calls the paramedics and doctors his heroes, but the watch may have been his guardian angel.

“Now I just have a lot more confidence and I know I can check it.”

“Some of these devices can help us determine if it is normal or abnormal. We, as cardiologists or as doctors, can look at that and say you know what, when you were having those symptoms, your heart was doing this.”

Dr. Gunasekera says patients should always consult a doctor when their watch shows them something abnormal. These devices don’t replace doctors or hospital equipment, but the benefit above all else is that “people can take health into their own hands.” That’s exactly what Jeff Barnes hopes to do.