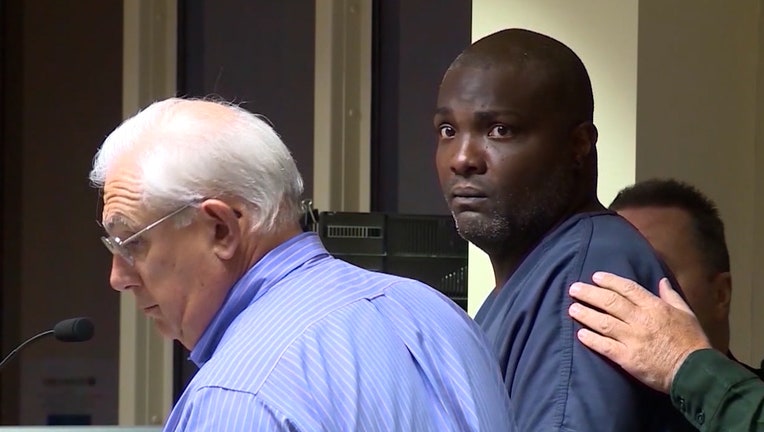 LAKE MARY, Fla. - A man convicted last week by a Volusia County jury in the murders of three women over a decade ago has been sentenced to life in prison.

Following a two-week trial last month, Robert Tyrone Hayes was found guilty on three counts of first-degree murder with a firearm in the shooting deaths of the three women.

Prosecutors said Hayes murdered Laquetta Gunther, 45, in 2005.  The following year, they said he killed Julie Green 34, and Iwana Patton, 35.  At the time of the murders, Hayes was a student at Bethune-Cookman University in Daytona Beach.

The jury, comprised of eight women and four men, began deliberations in the penalty phase early Wednesday afternoon.  At the conclusion of a three-day sentencing hearing, the jury could not reach a unanimous decision to impose the death penalty.

"While the death penalty was not imposed, Hayes will no longer prey on the unsuspecting and vulnerable," said State Attorney R.J. Larizza in a statement sent to FOX 35 News. "He will die in our State Prison System. There is justice in that."

Prosecutors said that while Hayes appeared to be living the life of a normal college student, he had a darker side.  They argued that, in 2005, he purchased a .40-caliber Smith and Wesson 40VE pistol from a local store and all three women were killed by this type of weapon.

The defense argued Hayes, now 39, was never in possession of a gun at the time of the murders, but prosecutors turned to DNA evidence which they argued connected the three murders in Volusia County to a 2016 murder in Palm Beach County.

"Law Enforcement utilized a new DNA investigative method to identify the source of the DNA. Genetic Genealogy, the use of public online family tree websites were utilized to identify family members of the DNA found on the three murder victims. Ultimately the Genetic Genealogy led to the identification of Robert Hayes," said Bryan L. Shorstein, spokesman for the State Attorney, Seventh Judicial Circuit.

Hayes was arrested in Palm Beach County after being on the run for more than a decade.