A man born with one arm has filed a lawsuit after getting turned away from a ride at Universal's Volcano Bay.

ORLANDO, Fla. - A man born with one arm has filed a lawsuit after getting turned away from a ride at Universal's Volcano Bay.

Dylan Campbell was at Volcano Bay celebrating his son's birthday party back in 2019.

"They assured me 100 times over that I’d have no issue riding anything in the park at all," Campbell said after he says he checked with guest services.

Campbell says he had already been on one ride before he was turned away by an employee at the Krakatau Aqua Coaster and was told you need two hands to ride.

The Krakatau is a raft with handles that goes down a water slide.

"There’s a lot of emotions," Campbell said. "Obviously I was born like this, so I made it my life’s goal to make sure I can do everything, so this has kind of taken away from everything that I’ve worked towards."

Campbell says he hasn't let his disability stop him in the past. 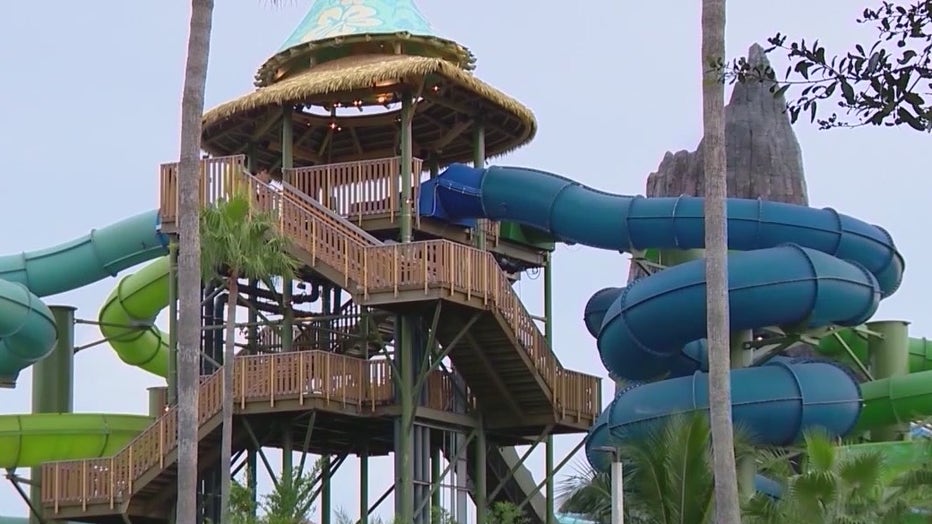 Earlier this year, a federal judge ruled in favor of Universal, saying the company is following the law by following the guidelines created by the ride's manufacturer.

Campbell and his attorney are now appealing that ruling.

"You don’t judge a book by its cover," said Matthew Dietz, Campbell's attorney. "You must know the risks. If you don’t, it’s discrimination, period."

They believe it's unfair that the ride's manufacturer can set the rules for it, and claim the company doesn't have evidence that it is too risky for someone like Campbell to ride.

"It had nothing to do with the actual risk to people with disabilities like Dylan, it had to do with a couple of men sitting around a table determining what they think is more dangerous than something else and that is inherently unfair," Dietz said.

FOX 35 reached out to both Universal and the ride's manufacturer, ProSlide.

Universal did not respond, and ProSlide said they didn't want to comment since there's a pending lawsuit.