Tornado warnings were issued throughout the night -- first in Sumter and Lake counties mid-evening and then in Orange and Osceola counties just after 10 p.m.  – however, those warnings had all expired just before midnight.   New warnings were issued early Wednesday morning for Brevard and Marion counties as a powerful line of storms moved off the Gulf of Mexico and moved east.  Those warnings had expired just before 1 a.m.

FOX 35 viewers sent in videos of what they say were funnel clouds during severe weather on Tuesday.

Another round of inclement weather is expected on Wednesday afternoon, which is why we are declaring today another FOX 35 Storm Alert Day.

No tornados have yet to be confirmed from Tuesday's weather event, according to the National Weather Service in Melbourne.  Citing preliminary reports, the NWS said there were "possible sightings" from law enforcement and at least one public report.

John Casey sent in this photo from Clermont of what appears to be a funnel cloud. 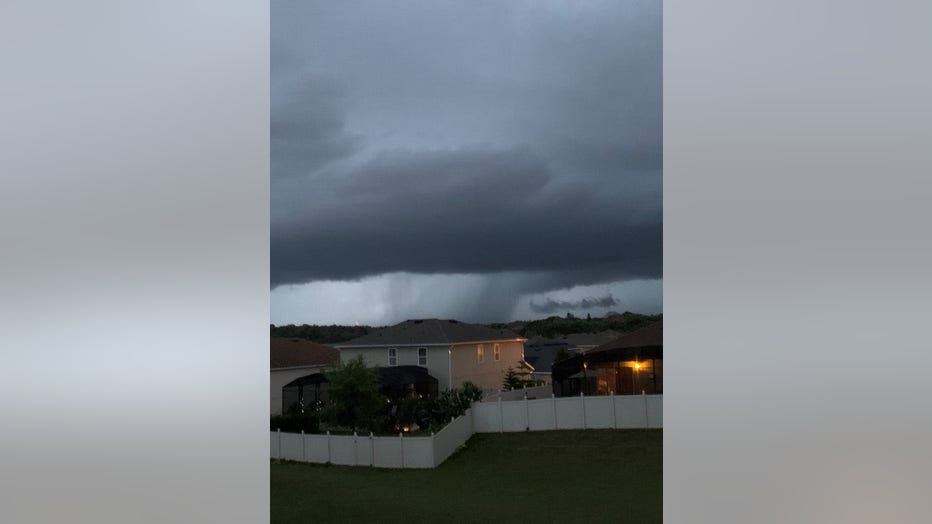 RELATED: County-by-county: When severe weather could strike your area today

FOX 35 News continues to investigate the tornado detection "dead zone" where NWS officials say their radars are unable to detect tornadoes that form close to the ground.  FOX 35 uncovered a 2017 report from the National Oceanic and Atmospheric Administration (NOAA) that makes it clear they are aware of this "Tornado Dead Zone" and have no intentions of making a change.

FOX 35 News continues to investigate the tornado detection 'dead zone' where National Weather Service officials say their radars are unable to detect tornadoes that form close to the ground.

FOX 35 viewers captured a number of images as the storms swept the area.  Several pictures and videos were submitted which appeared to show funnel cloud formations over Lake County, near Clermont around 8 p.m.

A funnel cloud formation was spotted in Lake County near Clermont around 8 p.m. on Tuesday.

"Our radar indicated a well-defined rotation and ‘tornado vortex signature’ approaching Clermont at 15 mph. This was a slow pace for a tornado, leading to potentially even more damage if and where the tornado touched down," explained FOX 35 Storm Team Meteorologist Brooks Garner. "At 8:20 p.m., the rotation approached Oakland with gusts greater than 60 mph…along the Florida Turnpike." 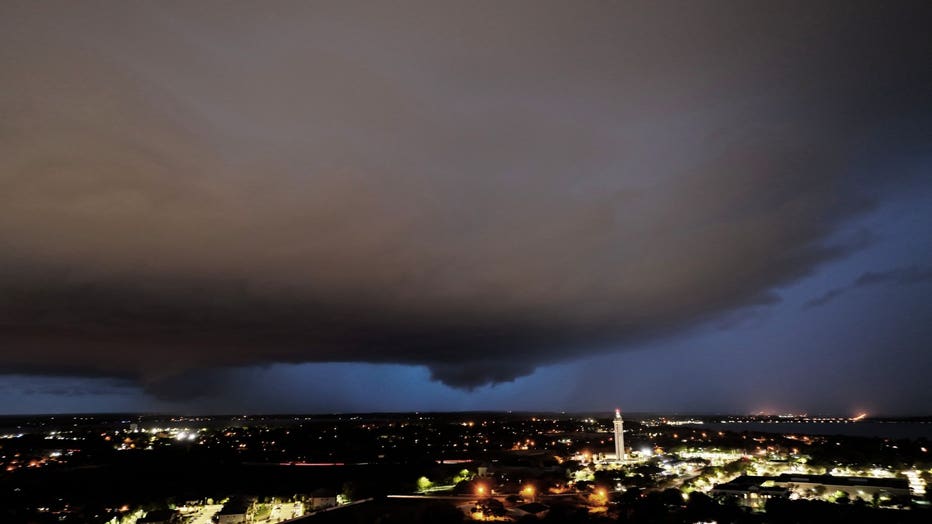 Garner said the storm cell had the potential to produce one-inch hail.  As it moved along the northeast side of Lake Apopka it began to lose its rotation and the warning expired.

As we progress into the morning, there is still a chance for passing showers, wind gusts and street flooding.