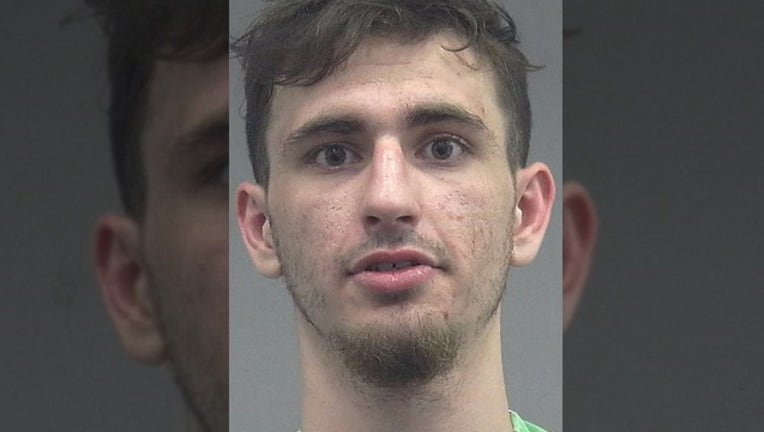 GAINESVILLE, Fla. (FOX 35 WOFL) - A man was arrested after pointing a laser sight at a Gainesville officer.

The Gainesville Police Department says that on Sunday morning, an officer was dispatched to NW 38th Street ot investigate anonymous reports of gunshots being fired from a black vehicle.

Upon arrival, the officer states that she was immediately targeted by a red laser as she drove into the area. The source of the laser was coming from a parked vehicle matching the description given. The officer was in immediate fear of being shot and took evasive action to protect herself.

She went on to reportedly confront the sole occupant of the vehicle, 21-year-old Joseph Patrick Shirley. He was taken into custody. The officer says that inside the vehicle was a Smith & Wesson 9 m.m. handgun with a laser sight, multiple live rounds, and empty shell casing. No other laser device was located.

91 grams of cannabis, three THC vape packages, and drug paraphernalia consistent with selling marijuana was also said to have been found in the vehicle.

Shirley was arrested and transported to jail. Additional charges are pending, as police say that later in the day and into the next day, a handful of neighbors called and reported that their vehicles and houses had sustained bullet holes.

Gainesville Police Chief Jones is pleased that no one was injured in this incident, especially Officer Boyett.  “This incident could have ended tragically,” Jones stated.  “Our officers face danger such as this in Gainesville and there aren’t many options to protect yourself when confronted with a firearm.  Ofc. Boyett used her training and experience for the best possible outcome.”