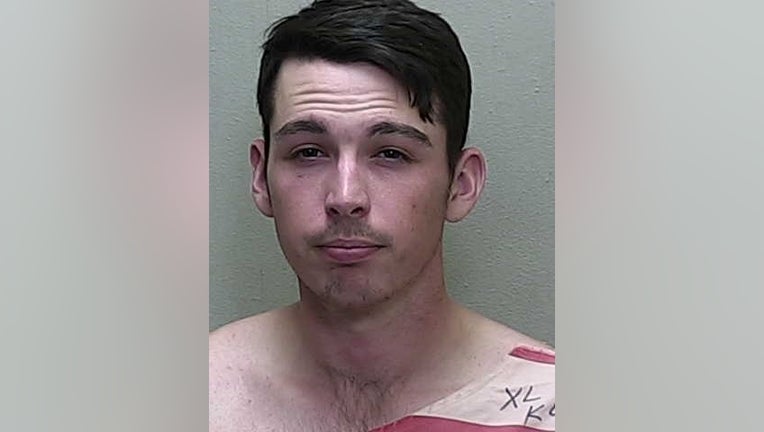 It happened at the Stone Creek Golf Course in Ocala on Wednesday.

The victim asked him to stop, according to the arrest report, but Dearden didn't.

The victim reportedly went to the pro shop to complain and Dearden followed.

Once back outside at the driving range, the arrest report says that Dearden approached the victim and said he wanted to apologize.

Instead, deputies say Dearden began punching the victim and knocked him to the ground.

The arrest report says that the victim did not remember how many times he was hit while on the ground, but he does remember Dearden kicking him in the head and chest.

Deputies in the arrest report said the victim is a 67-year-old man who suffered bruises and lacerations to his face.

He also had a broken rib.

Deputies say Dearden told them that he was defending himself and felt threatened by the victim who may have pointed a golf club at him.

The police report said Dearden was kicked out of the golf club, even though he was a resident of the neighborhood.

In a letter from the Stone Creek Homeowner's Association, it read, in part:

"The homeowner was violently attacked by the resident at the golf course and taken to the hospital via ambulance where he was treated for his injuries and released. He is recovering at home, please keep him in your thoughts and prayers as he recovers. The suspect was arrested at his home and charged with aggravated battery. He has been banned from the Stone Creek Golf Club as a result of this incident and will be charged with trespassing and arrested should he enter the golf course property."