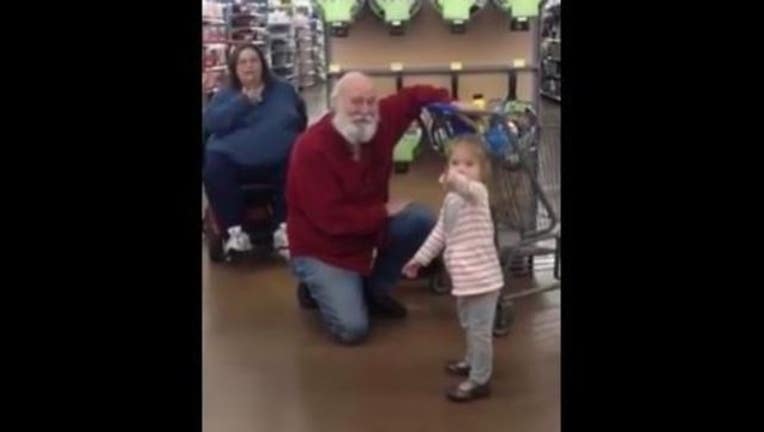 When you wear red and sport a white beard at Christmas, you're likely to be confused with Saint Nick. How you react to it is everything.

Remember the scene in the Tim Allen movie "The Santa Clause" when his character, Scott Calvin, is inundated with kids walking up to him and telling them what they want for Christmas? It's a good scene -- and it happened in real life at a West Virginia Walmart.

The man in red with the white beard was doing some shopping when Sophie found him. Robert Riley said he and his young daughter, Sophie Jo, were walking around the store when she bumped into a man she thought was Santa Claus.

The rotund man in a red shirt with a big white beard's real name was Roger Larck. But he didn't tell her that. He didn't try to tell her he wasn't the real Santa and he didn't try to brush her off. Instead, he had the perfect reaction. Watch their conversation unfold: