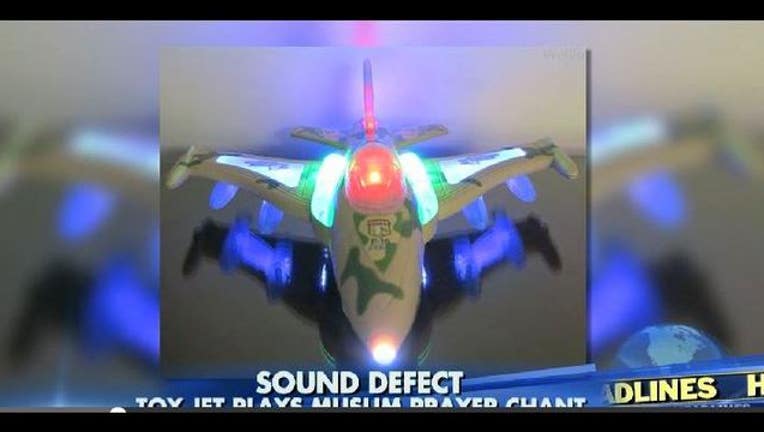 (FOX NEWS) Amazon buyers say they were shocked to hear an Islamic prayer recording coming from a children's toy plane that was sold on the website.

Toy company WolVol is blaming its China-based manufacturer for the defect, saying they produced a faulty batch of the toys.

The prayer in Arabic is reportedly one Muslims are supposed to say when performing their pilgrimage to Mecca.

A Washington man who bought the toy for his three-year-old nephew said they weren't expecting to hear it when they put the batteries in. "I do respect other religions, but it's not the right situation to have it on a children's toy," Bjorn Thorpe said.