A newborn whale calf has been severely injured by a boat, experts say. Right whales have been spotted off Florida's Atlantic coast in recent weeks. The Florida Fish and Wildlife Conservation Commission has observed that one of four calves being tracked was seen with injuries likely from a boat propeller.

ORMOND BEACH, Fla. - In the past week, right whales have been spotted along the coasts of Central Florida and Georgia for their seasonal migration in the Atlantic Ocean. Now there’s a warning to boaters after the Florida Fish and Wildlife Conservation Commission (FWC) recently spotted a calf with injuries that could be deadly.

(FWC) shared pictures of the injured one-week-old calf spotted off the coast of Georgia on Wednesday and the agency says it was likely struck by a propeller.

“The presence of that blood and the lack of healing suggested to the community that this was a very recently, likely in terms of hours old injury,” said Barb Zoodsma with the National Oceanic and Atmospheric Administration (NOAA). 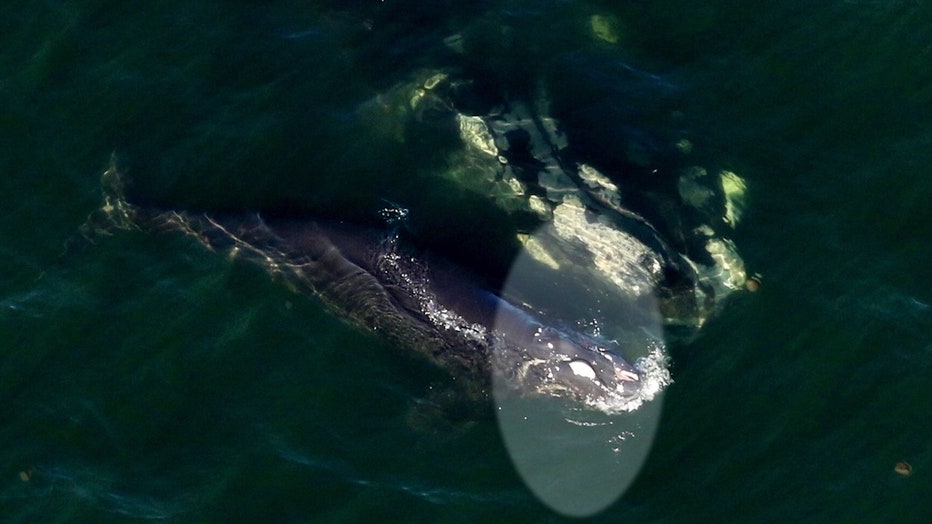 Experts say the calf has a gash in the upper jaw which could impact its breathing. Even if the calf survives from the injury, the whale might not be able to nurse and without food, and the calf will die slowly.

Experts say mothers and their claves typically are at, or just a few feet below, the surface of the ocean. They suggest people on the water slow down, wear polarized sunglasses and keep a far distance.

Right whales are one of the most endangered large whales in the ocean with their population at about 400. 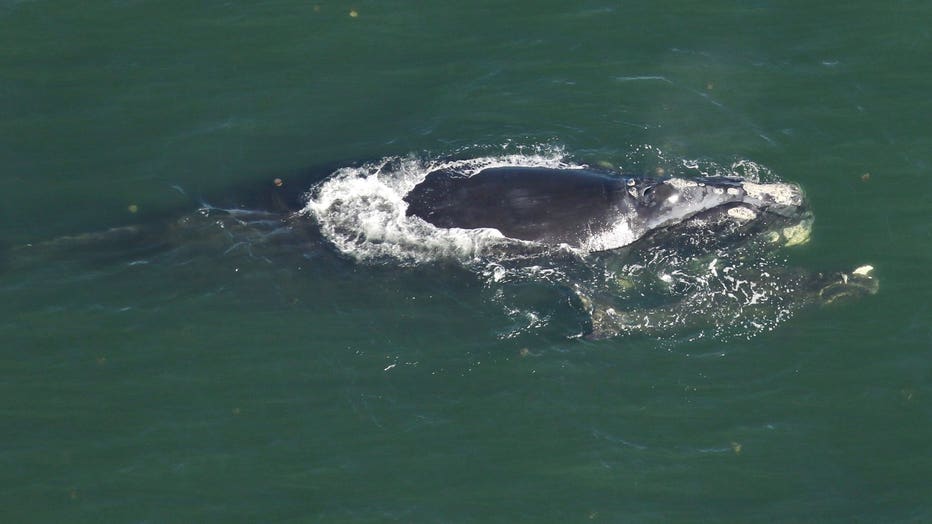 “In the last few years we’ve had an unsustainable number of mortalities in the population,” Zoodsma said. “A number of those white whales were dying as a result of fishing gear entanglement and vessel collisions.”

There aren’t plans to rescue the calf at this time experts say because it’s only a week old, it’s really important for the calf to stay with its mother. 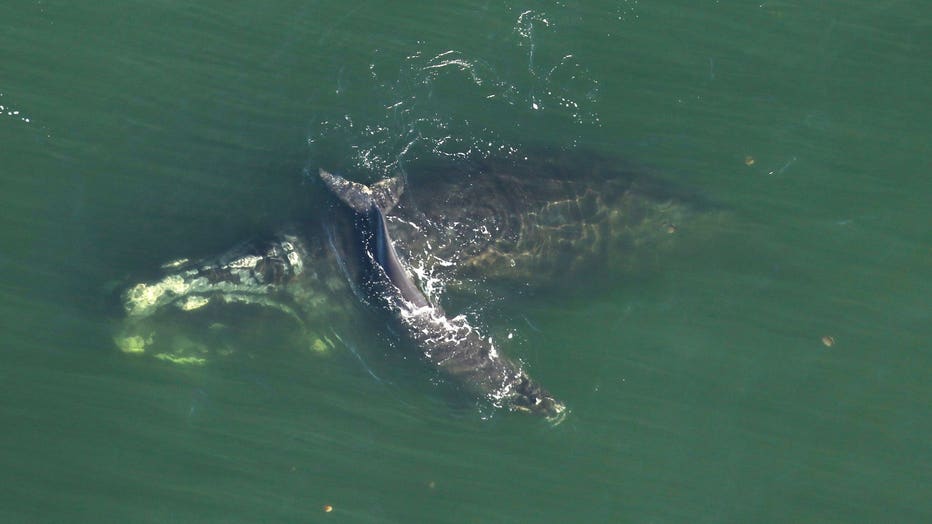