Authorities discuss its fight against gang violence in Orange County as the killers of a 3-year-old and 14-year-old boy remain at large.

ORANGE COUNTY, Fla. - Orange County Sheriff John Mina was joined by the Orlando Police Department and the FBI to discuss the progress that has been made in the effort to curb gang violence in the county.

"There are members of the community that can help us solve these cases," said Sheriff Mina.

Mina says tips from the community are working.

Just recently, tips in the murder of 14-year-old Daquarvious Fudge led detectives to three suspects, 2 of which have been arrested. Another is still at large.

As of Friday, Sheriff Mina says they have made over 75 arrests and taken more than 50 guns out of the hands of gang members.

"That adds to the total of over 900 guns taken off the streets in Orange County." 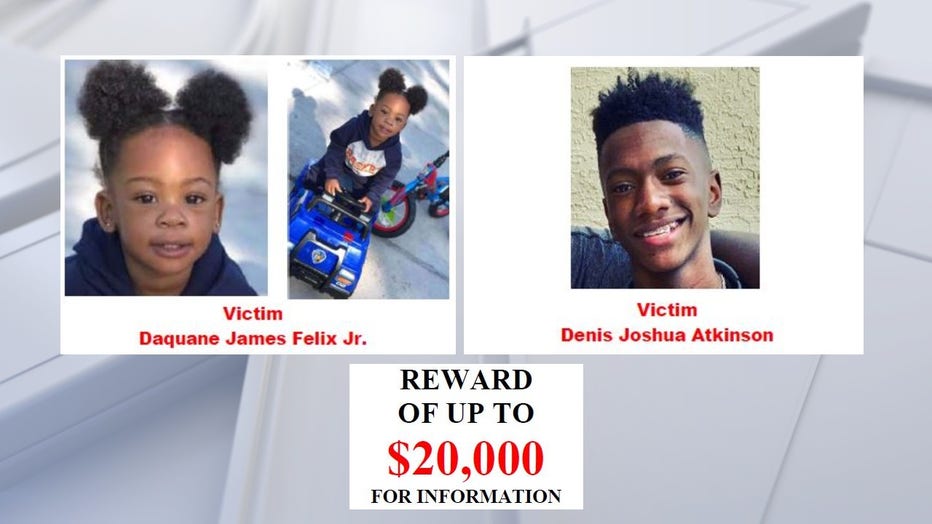 Detectives with the Orange County Sheriff's Office continue to search for leads in two fatal shootings that are believed to be gang-related.

A reward for information leading to an arrest in one of the two drive-by shootings was recently increased to $20,000.

Witnesses to the shooting of the toddler said that they heard an exchange of gunfire and then saw cars speeding away from the street.

Deputies believe the shootings were acts of gang retaliation. Anyone with information is asked to call Crimeline at 407-423-TIPS (8477).