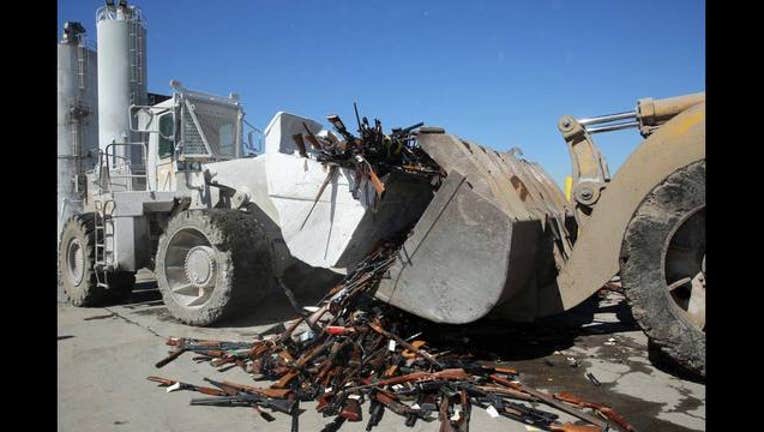 The once-a-year event comes as a result of a California Penal Code provision requiring weapons that can't be sold to the public or returned to their owners to be destroyed, Peck said.

"For the second year in a row, I have the privilege of overseeing our annual gun destruction event,'' McDonnell said. "Today over 7,000 firearms will be translated from their potential of destruction into the certainty of construction.

"These weapons, which were used to harm, take away life and effectively destroy happiness, families and communities will be converted into something positive and beneficial,'' McDonnell added.

The weapons will be melted into steel reinforcing bar and transformed into elements of construction for upgrades in freeways and bridges in Arizona, California and Nevada, Peck said.

The sheriff's department also thanked the Gerdau Steel Mill for donating its furnace, equipment and personnel to convert the weapons into rebar, Peck said.

"Our continuing partnership with the Los Angeles County Sheriff's Department reflects our commitment to safety, both at our steel mill and in our community,'' said Gerdau Steel Mill Vice President and General Manager Mark Olson.