Some Kissimmee police officers got an enthusiastic high-five from little MJ. The officers saved the boy from choking to death days earlier. On Wednesday, the mother of the child had an opportunity to publicly thank the officers for their heroic efforts.

KISSIMMEE, Fla. - Some Kissimmee police officers got big kudos from a baby boy and his mother after she says they saved the child when he stopped breathing for 10 minutes.

The officers get a big high-five from little MJ. His mother, Amanda Zimmerman, says they saved his life.

"To go from so bad to perfectly fine is amazing," she said.

On Saturday, it was as bad as it could get, after MJ choked on a cracker. When Amanda couldn’t get the one-and-a-half-year-old to breathe, she ran outside for help. At that very moment, Officer Miguel Lanzo just happened to be starting his shift.

"I was going to my call. Amanda and MJ just came running out. She was crying, I just grabbed the baby."

Officer Lanzo said he called for backup, but they accidentally went to the wrong location. So other officers raced for time, heading around the corner and down the street. 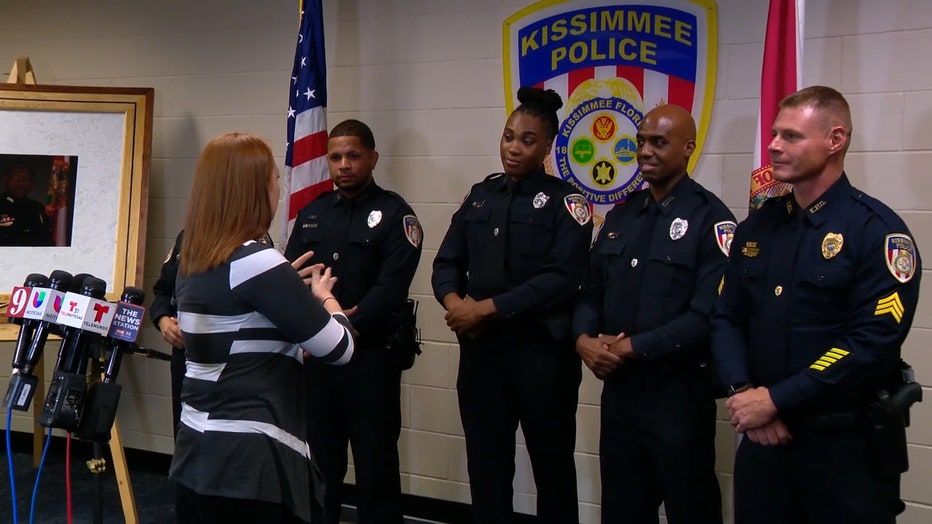 "I literally saw three officers sprinting down the street because it was faster for them to run there than jump up in their car," said Sgt Craig Putriment.

"Anything in his mouth? He’s turning blue," you could hear officers on body cameras saying. Sgt Putriment started the Heimlich maneuver.

"I held him with one hand, put my hand here on the stomach and he immediately started spitting up stuff. It was very nerve-racking," he explained. 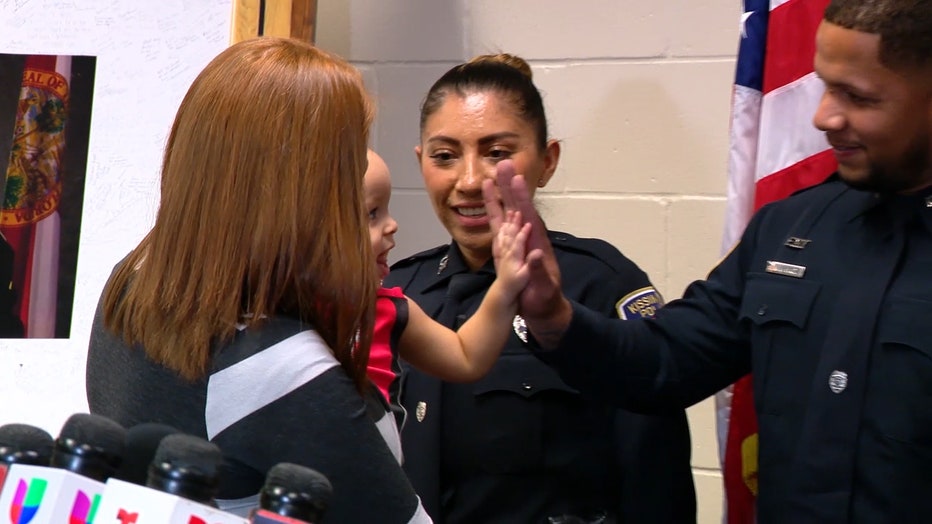 Within minutes, MJ started breathing. Amanda calls it a miracle, after these angels dressed in blue revived her baby boy.

Sgt Putriment said, "This was absolutely something special, that everything lined up perfect, that it happened to be that close. That the officer happened to be driving there right at that same time."

Officer Lanzo added, "Very happy to see him! The way he is, energetic."

One by one this mom expresses her gratitude. 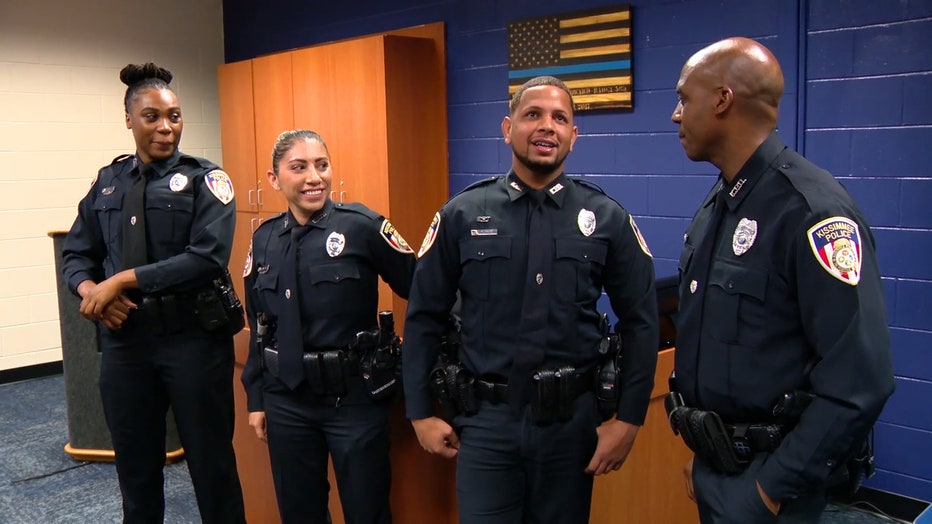 "What you said in the car to calm me down. You were there the moment I needed you. You calmed me down. You helped out."

She'll never forget what they did and neither will little MJ.

"It’s amazing to be able to see them and thank them personally."

The officers will be awarded in a ceremony this spring.