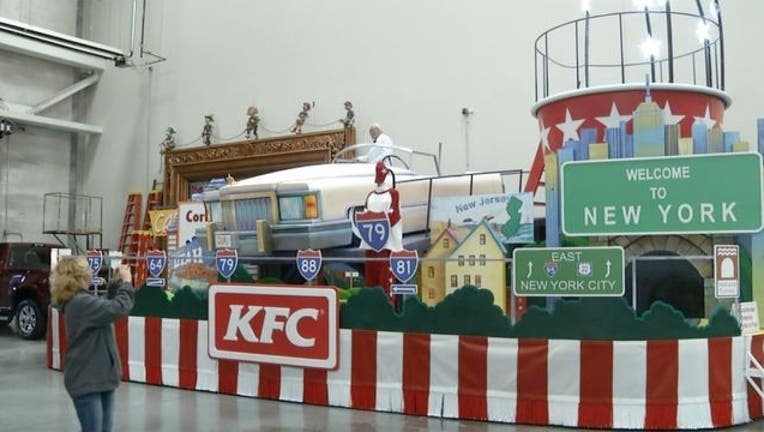 "We've got Colonel Sanders himself, the original, of course, celebrity chef has got his new float in the Macy's Thanksgiving Day Parade and that depicts his journey from Kentucky straight on into New York," said Amy Kule, the parade's executive producer.

"We've got Build a Bear workshop that is celebrating with us with their third float bringing imagination to life," said Kule. "And then lastly we've got a brand new little float from Peanuts celebrating the 50th anniversary of a Charlie Brown Christmas so Snoopy's dog house is on there. No one knows that 50 years ago his doghouse was blue. You're going to see it come to life that way this Thanksgiving."