An associate of Florida Rep. Matt Gaetz is working toward a plea deal with federal prosecutors investigating a sex trafficking operation, potentially escalating the legal and political jeopardy facing the congressman.

The revelation that Gaetz's political ally, former Seminole County Tax CollectorJoel Greenberg, is seeking to strike a plea deal with investigators came during a hearing Thursday at federal court in Orlando.

Attorneys for Greenberg say a plea could take place by May 15, the Orlando Sentinel reported. That's the deadline to work out a deal.

Greenberg had been scheduled to stand trial in June. He did not appear in court on Thursday. It was not made clear which charges he would plead.

It is a significant step in the case and signals that Greenberg could potentially serve as a witness in the Justice Department's investigation into Gaetz. A lawyer for Greenberg said after the hearing, "I am sure Matt Gaetz is not feeling very comfortable today." Gaetz has denied any wrongdoing. 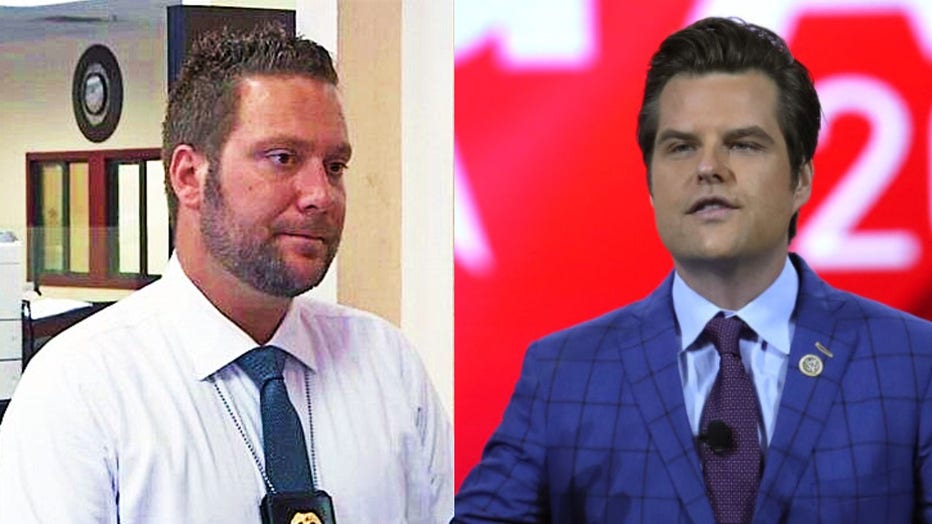 Greenberg is facing charges of stalking a political opponent and sex trafficking of a minor. He was then caught violating his nightly curfew earlier this month after bonding out because he left Central Florida to see his wife in Jupiter, an incident report revealed.

Now, after the release of a new indictment last month, Greenberg faces 21 more federal charges, bringing the total number of federal charges he faces to 33.

The charges include embezzling more than $400,000 from the Tax Collectors office for personal use, buying himself cryptocurrency to operate a business selling cryptocurrency mining machines. He also purchased personal items, like autographed Kobe Bryant and Michael Jordan memorabilia.