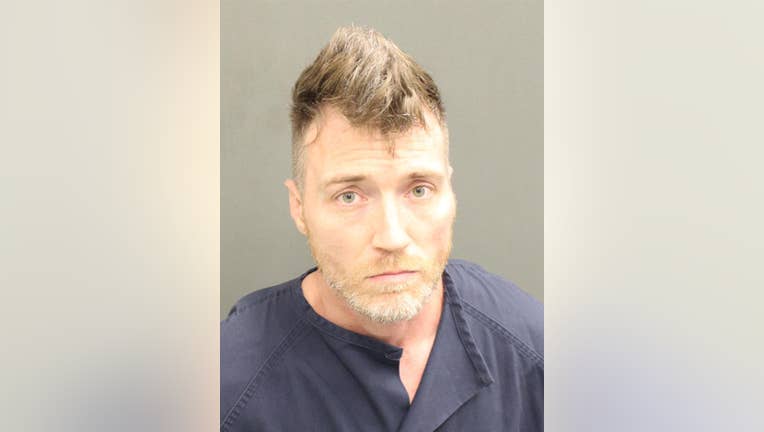 ORLANDO, Fla. - A man was arrested at Orlando International Airport after police say he was encouraging passengers to take their masks off and became aggressive with police when confronted.

Chad Breaux, 43, was arrested on Feb. 24 that reportedly occurred on a Southwest Airlines flight.

According to the arrest report, Orlando police were called after Breaux, of Louisiana, became disruptive and refused to comply with the mask policy. Airline staff said it appeared that Breaux was under the influence of drugs, became irate and began yelling at passengers to take their masks off.

"If you are a man you wouldn't be wearing masks," Breaux reportedly said.

Officers came on board the plane and began to escort him off. They say he became irate and aggressive toward the officers. Once off the plane, police say Breaux yelled profanities at officers and passengers and poked one officer in the shoulder.

When the officer told him not to touch him again, they say Breaux walked toward the officer in a ‘fighting stance’ with his hand up.

Breaux was taken down and arrested on several charges including battery on a law enforcement officer.