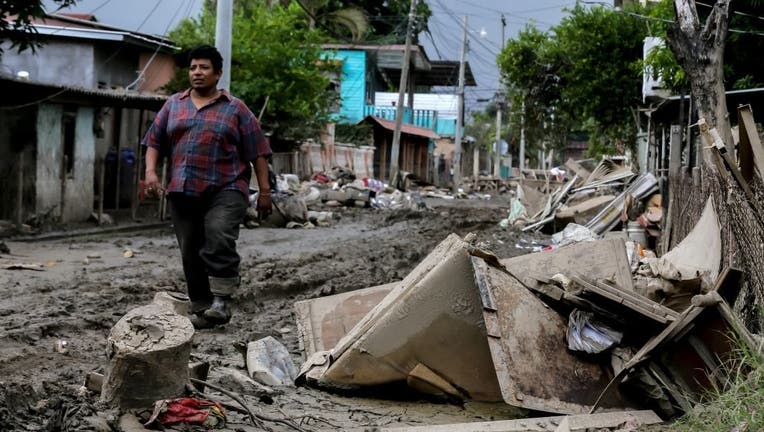 A man walks along a damaged street after the passage of Hurricane Eta in La Lima, Cortes, Honduras, on November 16, 2020. (Photo by WENDELL ESCOTO/AFP via Getty Images)

ORLANDO, Fla. - Iota weakened to a tropical storm on Tuesday after making a devastating landfall in Nicaragua late last night. At landfall, Iota was just under Category 5 status. This was just miles from where Eta moved ashore as a Category 2 hurricane 2 weeks ago.

We're also tracking another system that could be our next named storm.

"The center of the storm will move into southern Honduras tonight before dissipating near El Salvador early Wednesday," NHC said.

Iota is said to be the first Category 5 storm of the 2020 Atlantic hurricane season. The system, now a tropical storm, is expected to bring catastrophic flash flooding and mudslides across portions of Central America through Thursday. 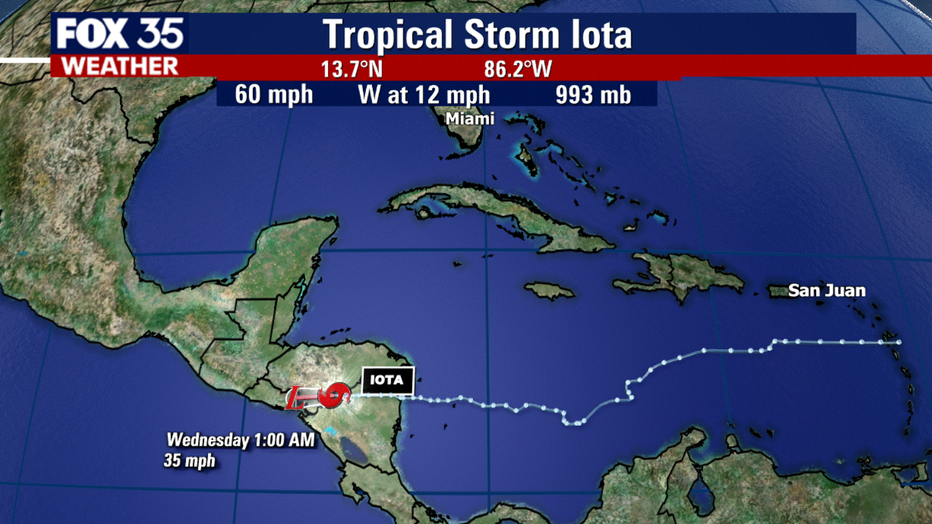 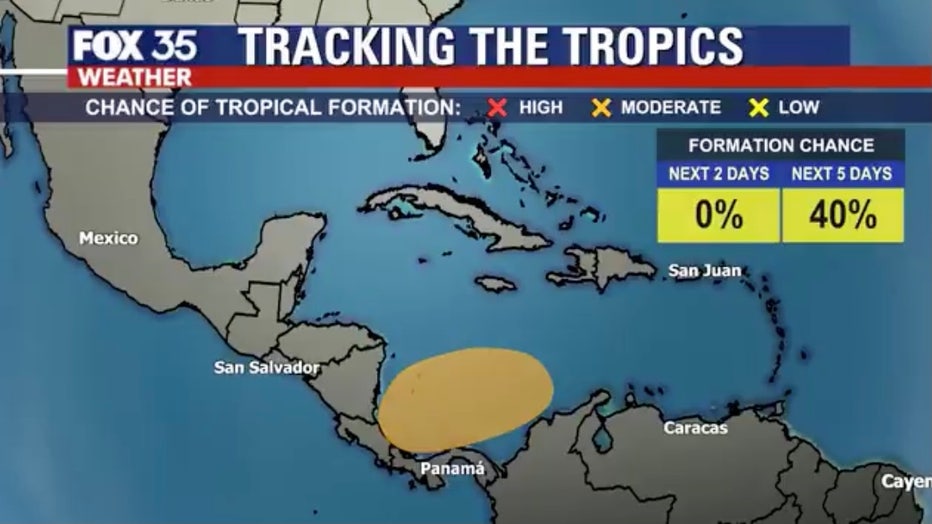 FOX 35 meteorologist Jayme King is also watching another area of tropical development that could happen again in the Western Caribbean, close to Central America over the next 5 days. Chances are "medium" and near 40 percent.

If it does develop into our next named storm, it would be named Kappa.

Forecasters predicted that this season will have more activity than normal. For example, NOAA predicted an above-average season, with 13 to 19 named storms. Six to 10 of those would become hurricanes and three to six of those are forecasted to become major hurricanes (Category 3 or higher).