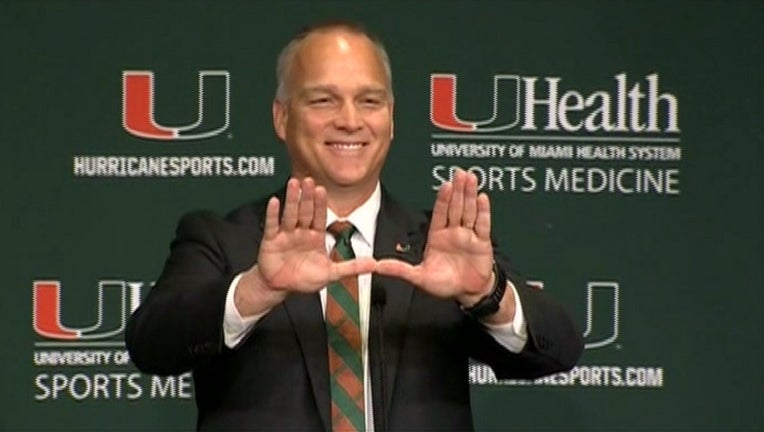 The 61-year-old Richt has been working as a studio analyst for the ACC Network since the 2019 season.

Richt spent three seasons as Miami's head coach before surprisingly retiring from his alma mater in December 2018. Before that, he had coached Georgia for 15 years.

"I have been waddling around lately and people have asked me what's wrong. I've decided to tell everyone at the same time. I have been diagnosed with Parkinson's. Truthfully, I look at it as a momentary light affliction compared to the future glory in heaven. Thank you Jesus for promising us a future blessing of a glorified body that has no sin and no disease. In the meantime, I am going to enjoy the blessings that I do have. See you on the ACCNETWORK!"

Richt previously suffered a heart attack in October 2019 but was back at work the same week.

This story being reported out of Atlanta