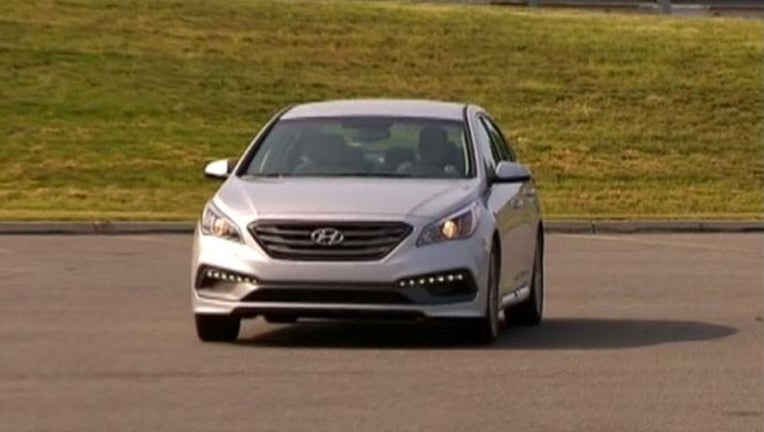 DETROIT (AP) - Hyundai is recalling nearly 63,000 midsize cars in the U.S. because the panoramic glass sunroofs can come loose and fly into traffic.

The recall covers certain Sonata midsize cars from the 2015 and 2016 model years, including gas-electric hybrids.

The South Korean automaker says in government documents that a wind deflector anchor plate in front of the sunroof wasn't bonded properly to the car. A loose deflector can detach and interfere with the roof as it closes. If the owner tries to force the roof closed, it can fly off.

The company says it has no reports of accidents or injuries due to the problem. But Hyundai had several reports of detached sunroofs in the U.S.

Dealers will repair the wind deflector anchor plate at no cost to customers. Owners will be notified by mail in December about when to take their cars in for service.