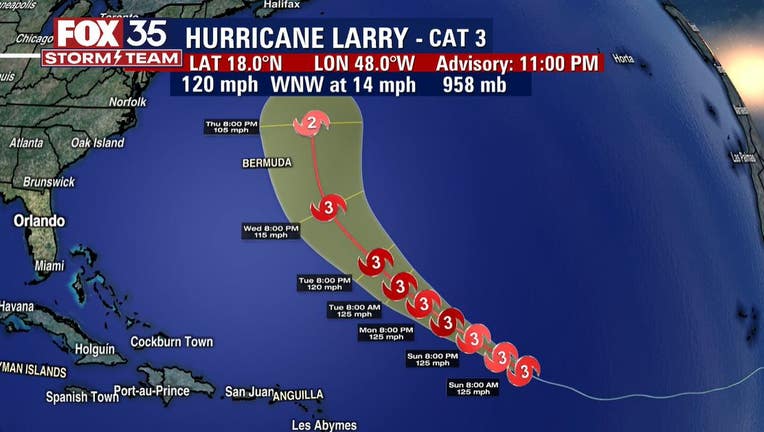 In an update from the National Hurricane Center on Saturday, forecasters said Larry "is a large and powerful hurricane" with maximum sustained winds at 120 mph.

"Larry is a Category 3 hurricane," the National Hurricane Center said Saturday. "Strengthening is forecast over the next day or two, and Larry is expected to remain at major hurricane strength through the early part of next week."

The storm is not expected to pose a threat to the U.S. in the days ahead, except for the possibility of causing potentially dangerous surf and rip currents along the east coast next week.

Meanwhile, the FOX 35 Storm Team is tracking an area that could develop in the Western Gulf of Mexico next week.

A surface trough over Central America is producing disorganized shower and thunderstorm activity. 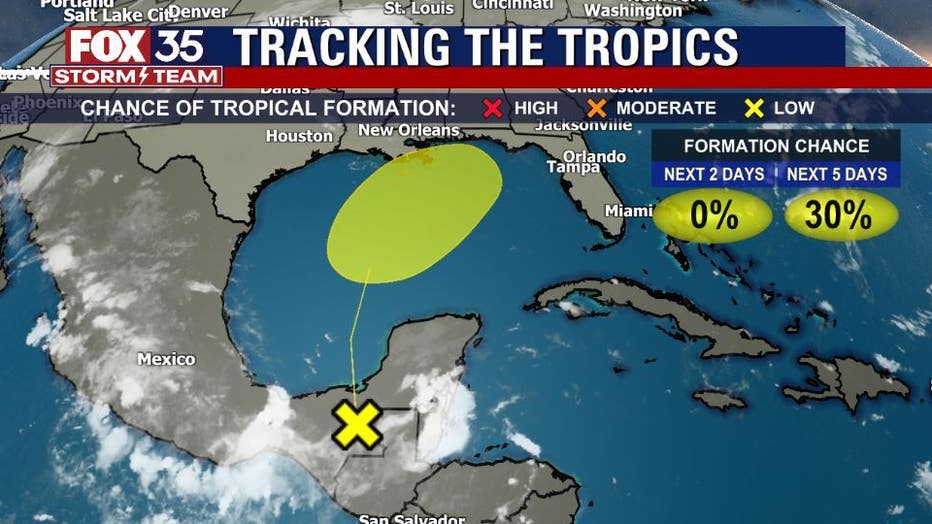 The system has a low chance of development at 30% over the next five days, "but environmental conditions could become marginally favorable for some gradual development by Tuesday or Wednesday."

Comparatively, most major October hurricanes occur in southern Florida. To date, Florida has been hit by about 120 recorded hurricanes but has been spared so far in 2021.