Webb says it's been tough watching much of it burn. Firefighters said the nearest hydrant was more than a mile away, so they needed tanker trucks to haul in the water.

"It's pretty bad," Webb says, "did a lot of damage to the building and the equipment."

Fire crews showed up around seven o'clock Wednesday morning to battle the flames. They had most of it out by nine.

"When we showed up it was approximately 40 percent involved," said OCFR Battalion Chief Bertilus Bornelus, "we had smoke from the front of the building and flames shooting through the roof."

Webb says about a hundred barrels of honey were in the building, worth about $200,000. He hopes he can salvage half of them. He says they only produce between two and three hundred barrels a year. 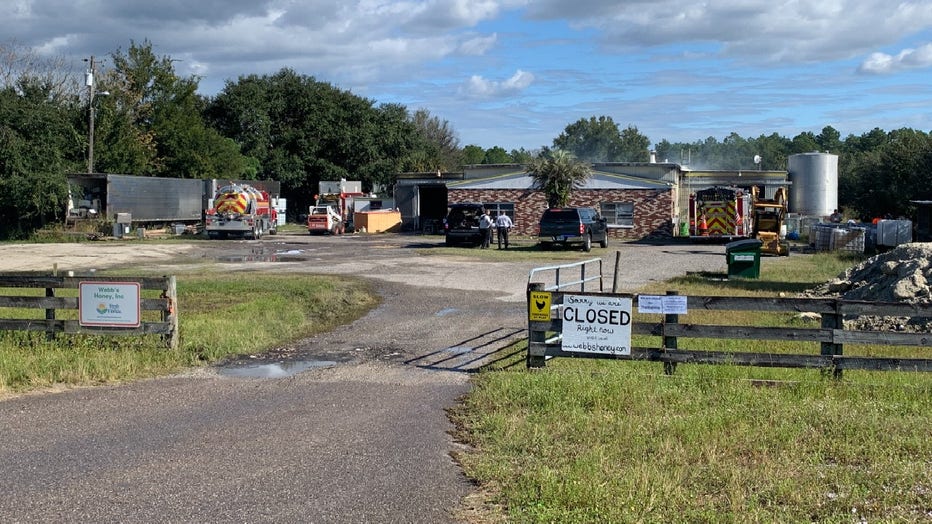 "I'm gonna have to get in there and see what part of the equipment is gonna be usable and get it out, clean it up, and find another place to operate out of," Webb said.

The fire marshal's office is investigating how the fire started. Webb says his 2,000 bee colonies weren't damaged, and he hopes to start selling honey again in about two weeks. He says he has six full-time workers and isn't sure how to provide for them while the business recovers. But he says he'll do what he can.