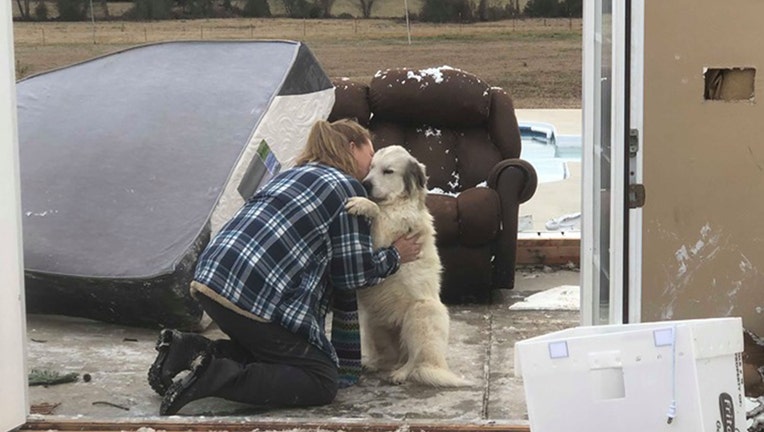 LOGAN COUNTY, Ark. - Recovering from a natural disaster is tough, but knowing everyone you love is ok helps make it easier.

When an EF-2 tornado came through Logan County, Arkansas, the Dunlap family had to immediately retreat to the storm shelter when the sirens rang. Unfortunately, one of their dogs, Dasha, wouldn't budge. 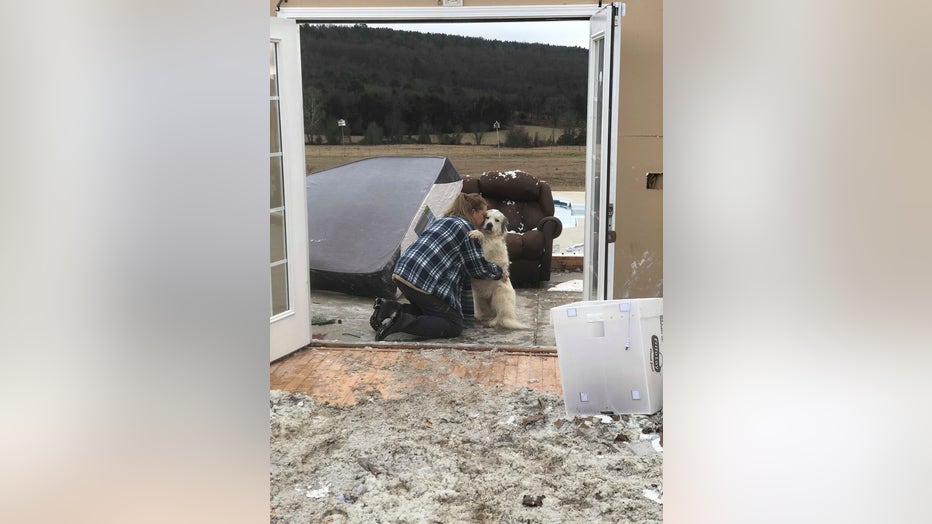 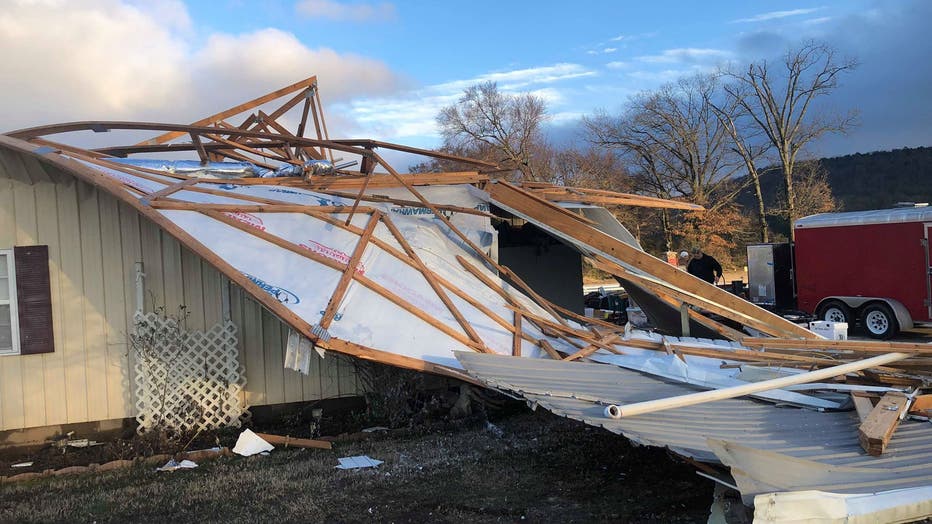 "She refused to leave the house and Bruce barely could get the storm shelter door shut before it hit," family friend Julie Moore told FOX 35 News.

According to 5News, the tornado directly hit the Dunlap's home. The doors were blocked and the roof was ripped off. Fearing the worst for Dasha, the family went to check to see if she was still alive. 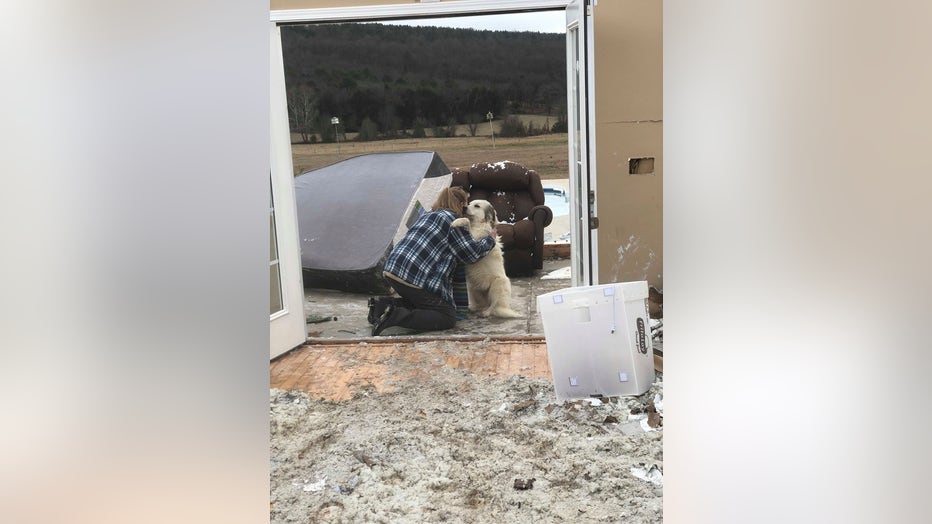 In the heartwarming photos captured by Moore, Dasha and her owner are reunited, hugging in the doorway of the home which had been completely destroyed. Dasha even appears to be looking at the camera in one photo, which is enough to bring tears to anyone.

The Dunlap's are now working on rebuilding their home -- with Dasha and the rest of their animals safe and sound.

Dog who ran away after crash reunited with owner