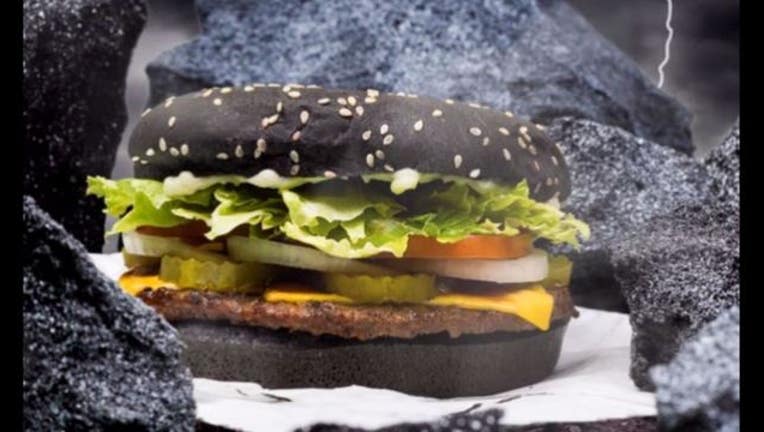 It was supposed to be a Halloween trick, but it turned out to be more in celebration of St. Patrick's Day. Burger King recently introduced the Halloween Whopper to its menu, which is a Whopper sandwich with a black bun.

Looks appetizing enough, but, while it may leave a pleasant taste in your mouth, it seems to leave behind some unpleasant waste in the toilet. A quick visit to Twitter will tell you the black bun is turning people's poop green.

People are tweeting and telling the folks at Burger King about their waste's unnatural color, some even saying it was like that for days after eating the Halloween Whopper.

The hashtag #greenpoop is even starting to trend. Some people are inspired and say they want to try the sandwich just to see if that really happens, while others are upset at Burger King and want an explanation about the health side effects of the black dye. Others, well, be warned -- are posting evidence.