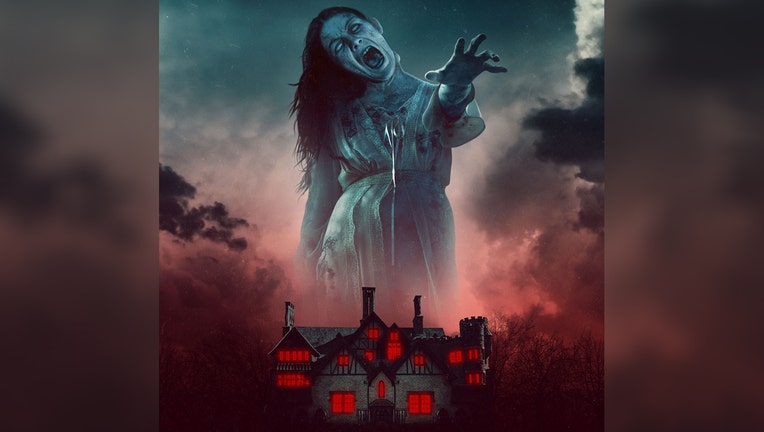 ORLANDO, Fla. - The Universal theme parks announced on Thursday that this year's event will feature a ‘The Haunting of Hill House’ maze at both the Orlando and Hollywood events.

The Haunting on Hill House is a Netflix show that grew popular for its chilling story of the ‘Crain family.' They are haunted by long-dormant fears stemming from their time living in the menacing ‘Hill House’ as children. They are forced to face the ghosts of the home's past.

Universal Orlando Resort said that in this maze, "the imposing and mysterious Hill House eerily comes to life beckoning guests to embark on the dark journey experienced by the Crain family."

Scenes from the show, like the Red Room and the Hall of Statues, will be featured in the maze as apparitions like ‘The Tall Man,’ ‘The Ghost in the Basement,’ and ‘The Bent-Neck Lady’ are present.

"I have loved Halloween Horror Nights for so long," said Mike Flanagan, the Creator, Director and Executive Producer of the horror show, said. "Some of my favorite memories of Halloween were made at Universal Studios, screaming and laughing with my friends. It is such an honor to be included among such fantastic Haunts, and I’m so glad that fans will be able to walk the halls of Hill House this Halloween. This is – without a doubt – one of the coolest things that’s ever happened to us at Intrepid. We are so excited to visit the Red Room again – we hope to see you all there!"

"It’s a nightmare come true to bring Netflix’s ‘The Haunting of Hill House’ to life for our guests this year at Halloween Horror Nights," said Charles Gray, Senior Show Director for Entertainment Creative Development at Universal Orlando Resort. "The show brought true horror to the masses, similar to what we’ve provided our guests at this event for nearly 30 years – Hill House is a perfect fit for 'Halloween Horror Nights' as it enters a new decade of fear."