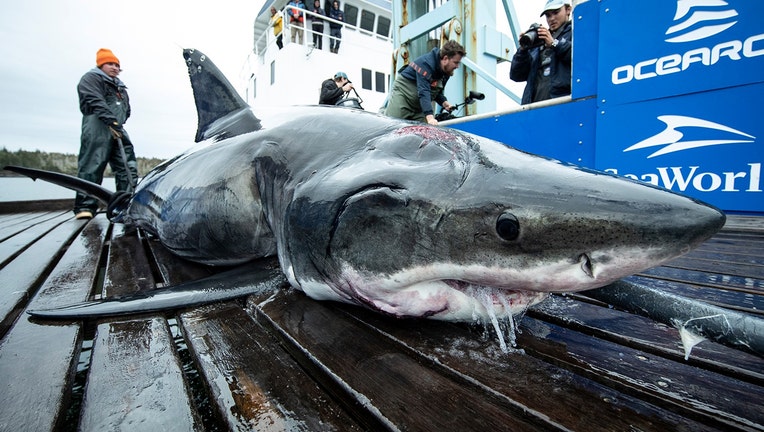 UNITED STATES - Some great white sharks that are moving through the Atlantic are attacking each other.

According to the non-profit organization OCEARCH, great white shark Vimy suffered two big bite marks from encounters with other sharks.

One of the bites is "pretty well-healed," they said. The other is very fresh though.

OCEARCH posted images on the injured shark on Facebook, stating that "white sharks live in a tough world."

OCEARCH does research on great white sharks and other large apex predators. They often track sharks as they move through the oceans. Vimy is the newest shark to be tracked.