The Daytona Beach Police Department announced last week that Officer Jason Raynor has died almost two months after being shot in the line of duty.

The Daytona Beach Police Department announced on Tuesday evening that Officer Jason Raynor has died almost two months after being shot in the line of duty.

Officer Raynor, 26, was shot in the head on June 23rd while responding to a call of suspicious activity. A manhunt for the suspect, Othal Wallace, 29, went nationwide, with Wallace eventually being tracked down in a treehouse near Atlanta, Georgia days later. Wallace was extradited back to Volusia County after the shooting and has remained behind bars.

Officer Raynor's funeral is scheduled for Monday. It will be a private ceremony.

However, the Daytona Beach Police Department said that there will be a procession that the public is welcomed to attend and show their respect for Officer Raynor. It will occur at the conclusion of the funeral services, which is estimated to be from 1:15 to 2:15 p.m.

Those who want to attend are asked to stand on the sidewalks of International Speedway Boulevard between Beach Street and Nova Road.  Flags and symbols of support are encouraged.

To honor Officer Raynor, Governor DeSantis ordered that flags fly at half-staff at the Daytona Beach Police Department, the Volusia County Courthouse, and the City Hall of Daytona Beach from sunrise to sunset on Monday. 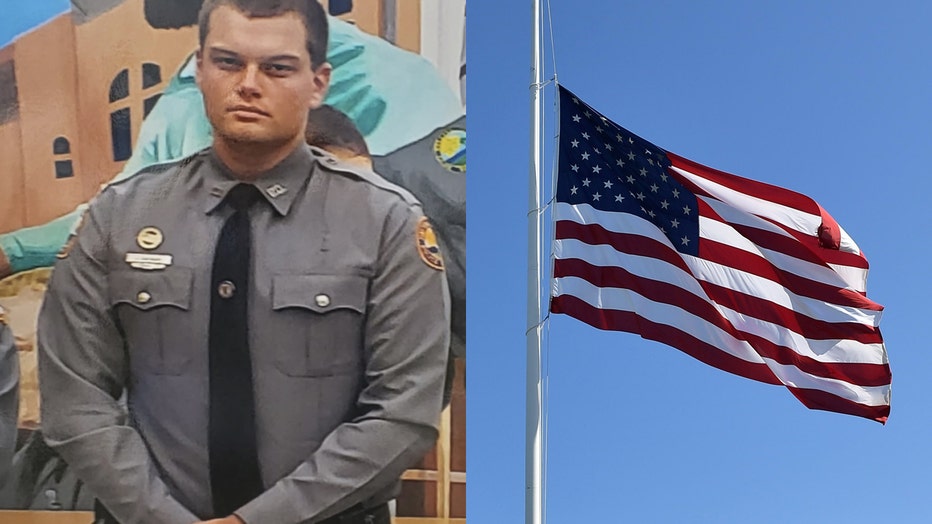 "Officer Raynor will be remembered for his selfless courage to protect the lives of others at the cost of his own," the Governor’s Office said.