The restaurant, Gordon Ramsay's Fish & Chips, is located at ICON Park on International Drive in Orlando and opened on Monday.

It is a fast-casual restaurant that serves Chef Ramsay's take on fish and chips, fried shrimp, lobster, chicken, and his signature ‘fishwich.’ 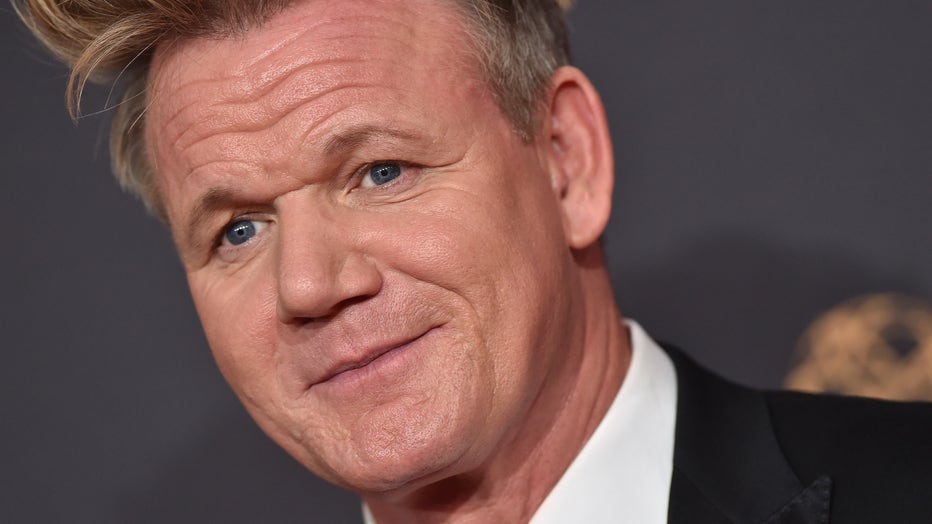 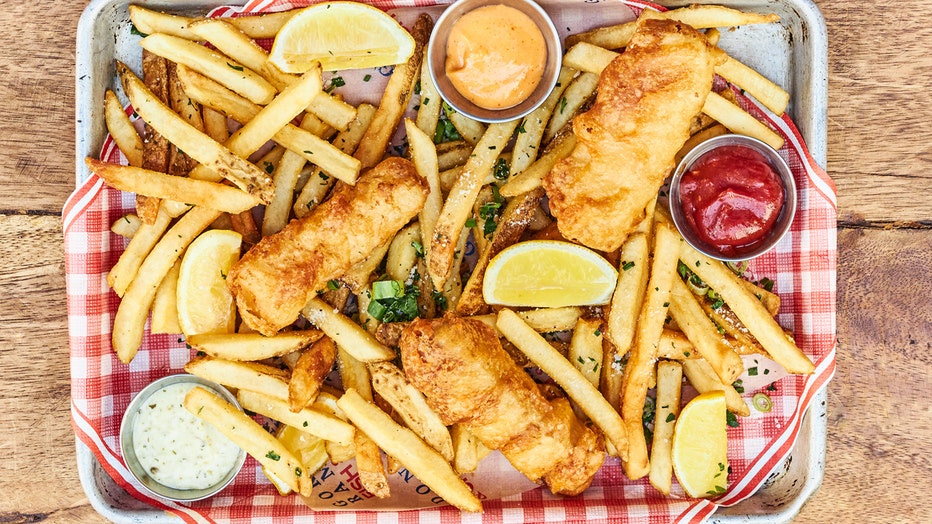 On the side, there are sauces like Gordon’s Tartar, Curry & Mango, Sriracha Aioli, Southwest Ranch, Dijon Mayonnaise, and Cocktail sauce. 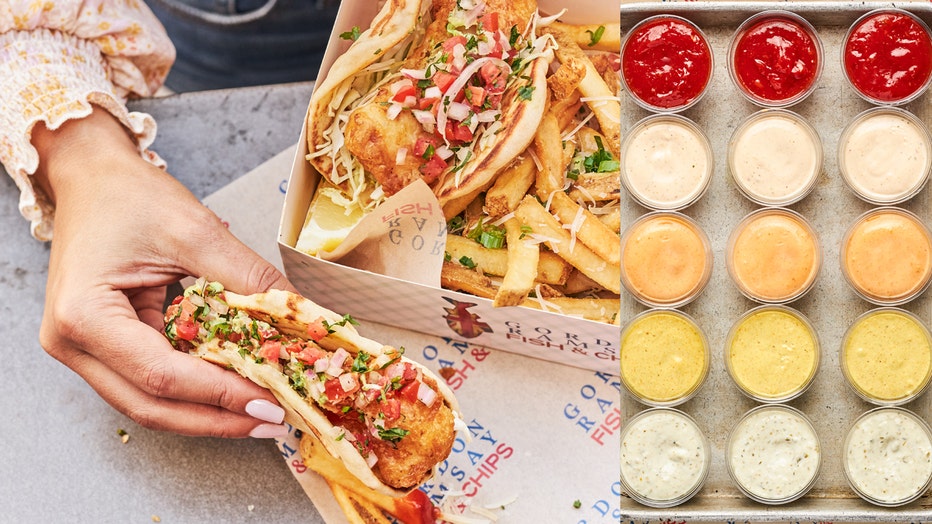 You can also purchase dirty fries – fries with a combination of toppings like jalapeño, chorizo, cotija cheese, red onion, chives and parsley or truffle, parmesan cheese, chives and parsley – or Biscoff or Sticky Toffee Pudding shakes along with it. 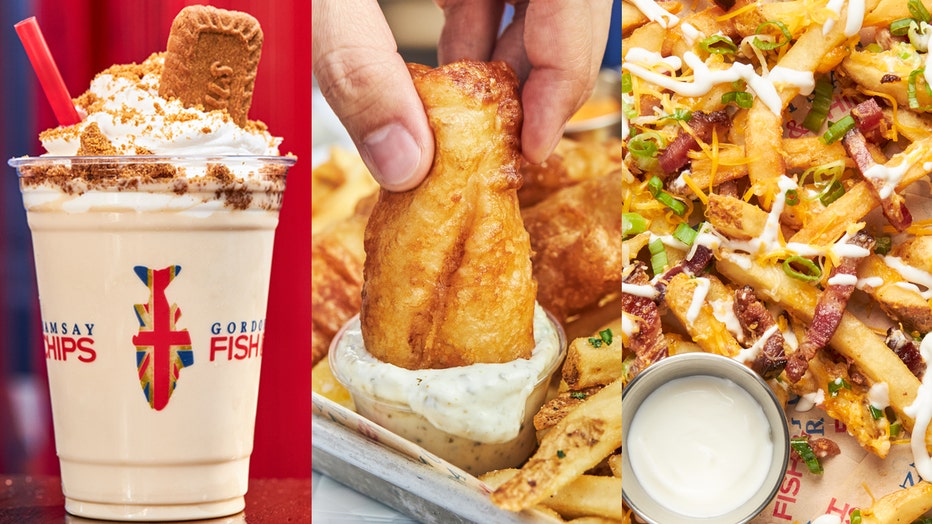 "Fish & Chips was a real tradition for me growing up, so I’m excited to deliver that same nostalgia to all the local residents and tourists here in Orlando," said Chef Ramsay.

MORE NEWS: Here's how close Americans are to getting $2,000 monthly stimulus checks

The world-famous chef has another Fish & Chips restaurant in Las Vegas at The LINQ Promenade.  The location at ICON Park is Chef Ramsay's first restaurant in Florida.

Visitors will notice a color scheme reflective of the Union Jack: blue and red with industrial hardware touches. White subway tiles also line the kitchen space of the restaurant and there is a red telephone box at the restaurant's entrance and exit. 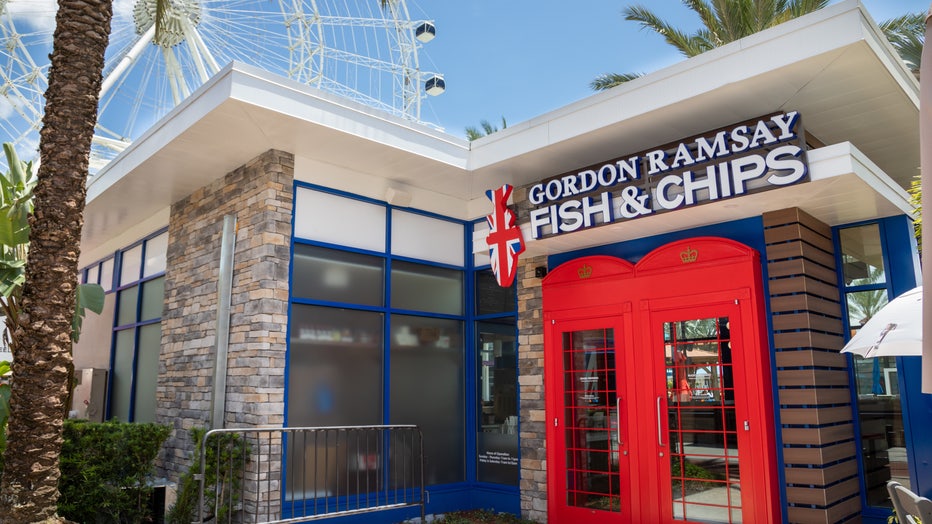 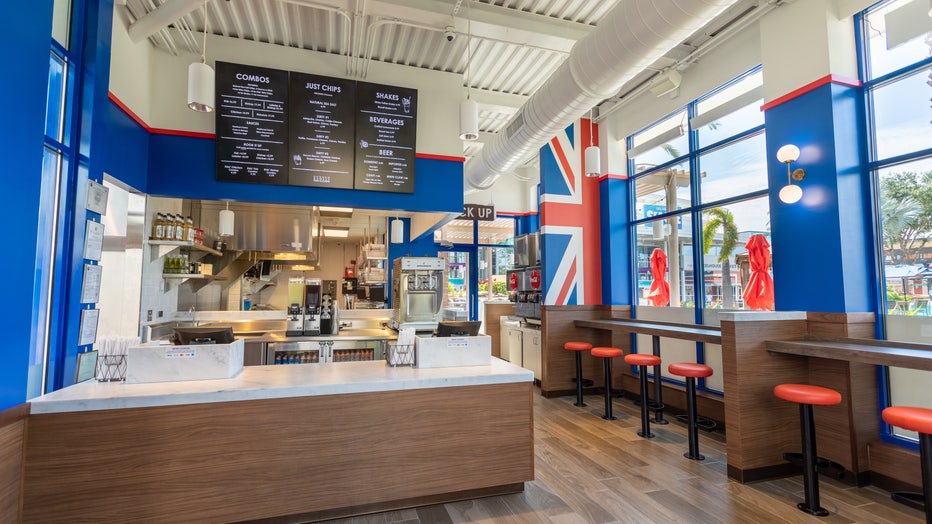 Inside and Menu (Photo from Gordon Ramsay North America) 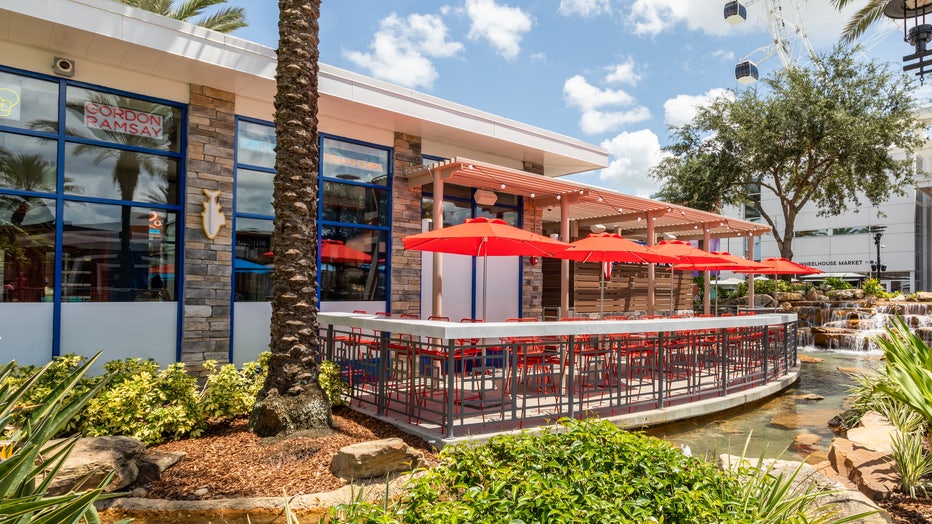 No reservations are required and service is first-come, first-serve.