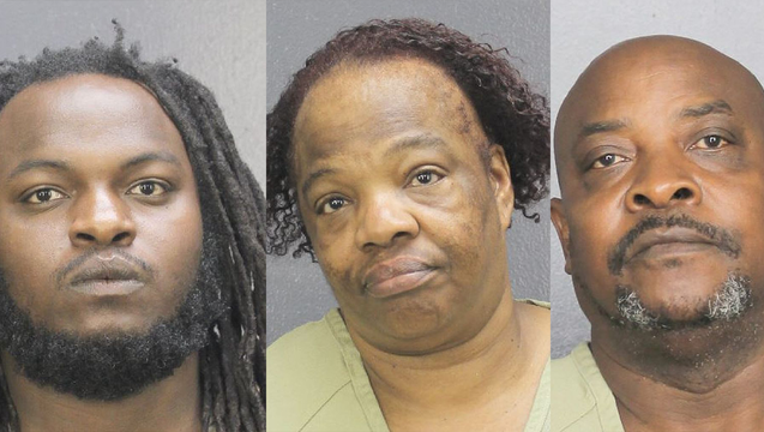 According to police, the 8-year-old girl was subjected to beatings and told to put a rag in her mouth during them to quiet her cries "so nobody can hear me." Police say the girl was covered in scars, scabs and blisters and bruises. The Orlando Sentinel reports that "a medical exam found the girl did not have clear, unscarred skin on the back of her upper thighs" which was noted in a report.

Police went to the home on May 16. They say that the victim accused her foster brother, Rashad Forman, of beating her with a black jump rope and that her foster mother, Turella Forman, 57, would beat her with a pink cellphone charging cord. An arrest report states that the child says the beatings were for getting a bad note from school.

Rashad Forman reportedly admitted to hitting the girl with a belt but denied hitting her with a jump rope. Turella Forman also denied inflicting any abuse.

Duane Fletcher, 56, reportedly laughed during one of the child's beatings, saying she deserved ever "whooping" she gets.

According to the Orlando Sentinel, in 2018, Child Protective Investigations Section received three complaints about abuse taking place in the home. One concern was that the foster mother had put a clip on the child's mouth and was forced to sleep with it on because she would not stop talking.

The child has been removed from the home.

Both Formans are facing a felony charge of aggravated child abuse. They were released from jail on $75,000 bond. Fletcher is accused of accused of neglecting a child with great bodily harm.