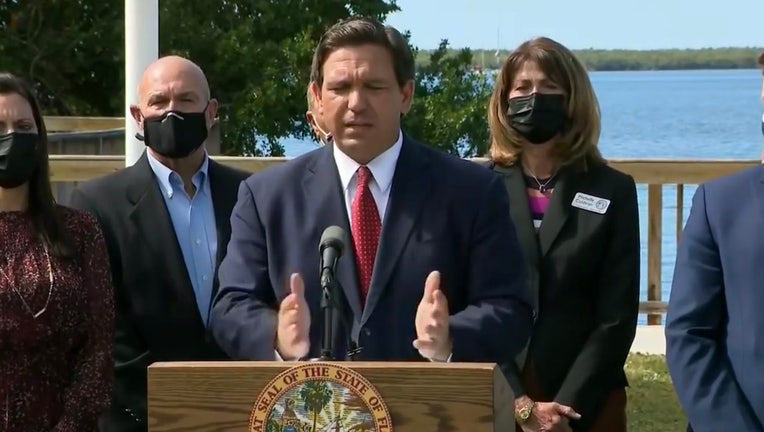 "But basically, get us more vaccines. We will use it well," he said.

He said Florida would get 266,000 more vaccines next week, the same amount the state received this week. He says he was hoping for more.

RELATED: LIST: These are the Publix stores offering the COVID-19 vaccine

"It’s going straight to the places. We earmark where it’s going. So it’ll be delivered to Tampa general or Jackson memorial and it'll be delivered to Publix. Publix has a warehouse and then they send it to their stores," he said.

Friday, Publix rolled more vaccinations with appointments filling up fast. The governor said the state has selected major companies that could be next.

RELATED: County-by-County: How to get the COVID-19 vaccine in Central Florida

"Federal government is now going to send some to some selected pharmacies because they have some on hand we don’t know how many it’s going to be but it’s going to be a weekly shipment and we’ve identified Walmart, Winn-Dixie and Publix to be able to receive those," he said.

FOX 35 News reached out to the state department of health along with the federal Department of Health but did not get a response on the reason for the supply slowdown.