The man died after attorneys alleged that officers kneeled on his neck and back.

DAYTONA BEACH, Fla. - The attorney for the family of Trayvon Martin and George Floyd said he has filed a lawsuit against the South Daytona Police Department over the death of a man in 2018.

Benjamin Crump and his co-counsel Jasmine Rand made the announcement at a press conference on Thursday in Orlando alongside the mom of Timothy Coffman.

Kimberly Mitchell said her son battled with mental illness and died four days after his interaction with police.

“I never watched my son’s video, nor do I ever want to,” she said.

Crump and Rand said officers kept their knees on Coffman’s back and neck for more than four minutes.

“Unlike George Floyd, none of the police officers have been held accountable in any way,” said Crump.

“A medical examiner later concluded that Timothy Coffman’s death was a homicide and that the contributory cause of death of physical restraint,” explained Rand. 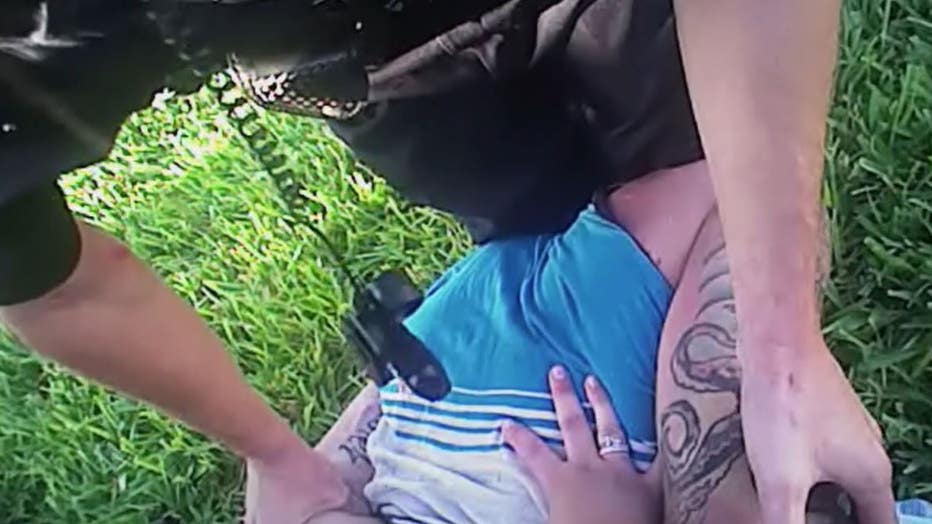 FOX 35 Orlando got a hold of the medical examiner’s report which concluded the following:

The South Daytona Police chief told FOX 35 Orlando that his department could not comment, citing the pending litigation.

At Thursday’s announcement, attorneys took issue with why he was arrested in the first place.

“Listen to the 911 tape, he had committed no crime,” added Crump.

According to the report, Coffman “entered onto several properties… that he did not have permission to enter onto.”

Video obtained by FOX 35 Orlando on Thursday from the police department showed responding officers chase down Coffman. They said he sprayed them with pesticide and tried to bite one of them.

The report went on to say that several officers struggled to restrain Coffman and his body went limp, so they used two cans of Narcan fearing the defendant was overdosing.

The State Attorney’s Office closed the case in October of that year, stating that no further action was warranted.

Crump and Rand said they want the Florida Department of Law Enforcement (FDLE) to reopen the case.

MORE NEWS: Florida has potential to become the next coronavirus epicenter, experts say

FOX 35 Orlando reached out and recieved the following response:

“FDLE has no authority to independently investigate a death unless we receive a request from the law enforcement official with jurisdiction  (police chief or sheriff). A request from a private entity, attorney, or from the family of the decedent does not allow for FDLE to take over or open any independent investigation.”