The University of Florida President announced positive changes against racism on Thursday.

GAINESVILLE, Fla. - The University of Florida (UF) announced on Thursday that they are taking steps towards positive change against racism, including ending the 'Gator Bait' chant often used at sporting events.

President Kent Fuchs outlined a plan that will address racism inequity on campus. It will focus on:

One of the steps being taken is that President Fuchs is banning the use of the popular 'Gator Bait' chant at sporting events, which was been used at the university since the mid-90s and was actually created by a football player. 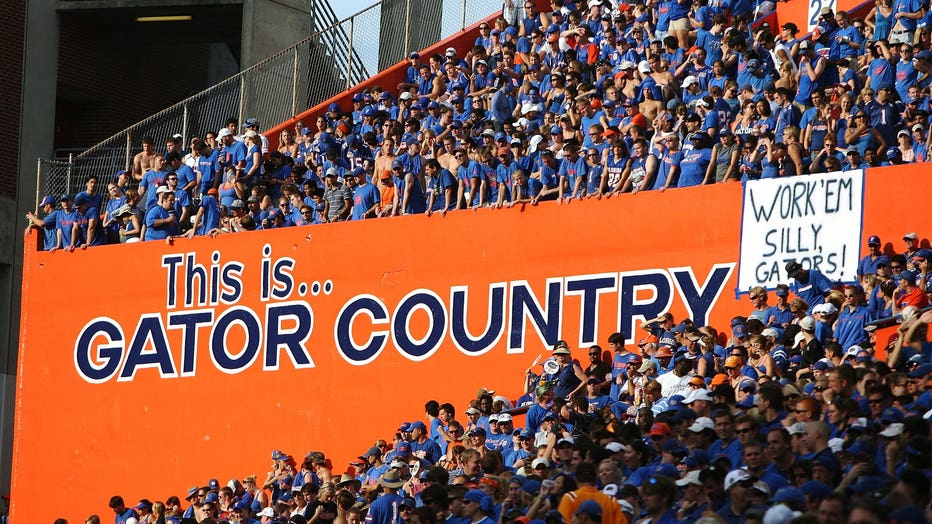 President Fuchs wrote that "while I know of no evidence of racism associated with our 'Gator Bait' cheer at UF sporting events, there is horrific racist imagery associated with the phrase."

According to Ferris State University, during the slavery and Jim Crow era of the United States, "African American babies being used as alligator bait really happened, and it happened to real people."

MORE NEWS: Florida has potential to become the next coronavirus epicenter, experts say

In addition, President Fuchs said that he is also committed to removing monuments or namings that UF can control that celebrate the Confederacy or its leaders.

He also admitted that there are agriculture operations where UF has used prison and jail inmates to provide farm labor, citing that "the symbolism of inmate labor is incompatible with our university and its principles and therefore this practice will end."

Many other changes were outlined in President Fuchs' plan, including ones in education, research, community engagement, history, symbolism, behavior, representation, inclusion, opportunity, and accountability. All the specific changes are listed on the UF website.

MORE NEWS: These companies are observing Juneteenth as a holiday

"It is past time for UF to commit and engage in this challenging, uncomfortable, transformational work. We know that we cannot undo lifetimes of injustice and racism, but we believe we can make progress - in education, in advancing truth, reconciliation and justice, and in anti-racism, equality and working to eradicate inequities," President Fuchs added. "This process will not be easy, and we will need to work together through the imperfections, missteps and complications that always accompany change. But the progress we seek is fundamental to who we are at UF and to our expectations of ourselves, and I look forward to joining all of you on behalf of our campus, community and country."

Some students and alumni are praising the initiatives, while others are struggling to accept the ban of the popular gator bait chant. In fact, one alum has created a petition to save the chant and it already has thousands of signatures. He believes the chant has nothing to do with racism and explains that its a "tradition" and "part of our culture."