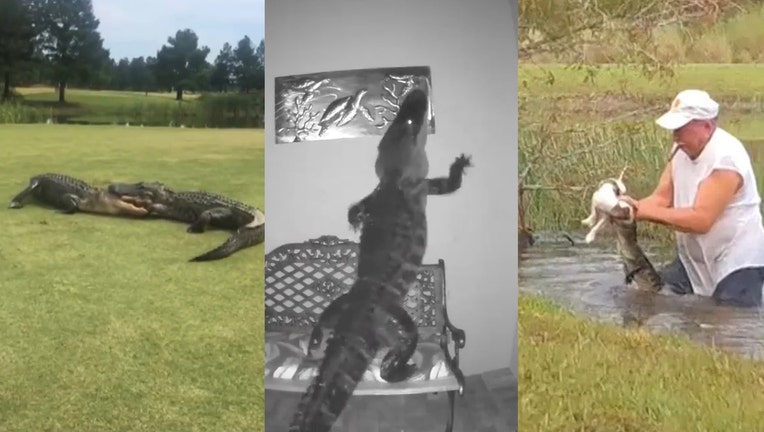 ORLANDO, Fla. - We can all pretty much agree it has been one wild year. The pandemic has forced many people to stay at home, surfing the web much more than usual.

Well, Florida alligators haven’t been worrying about social distancing and have been out and about, making for some shocking internet footage.

Here are some of the biggest videos of 2020 starring our resident reptiles.

Ring camera footage from May 21 shows a large alligator clambering onto a bench outside the front door of a Venice home, when it takes an interest in a wall-mounted sea turtle decor.

Kevin Stipe and Cass Couey, owners of PRO HUNT navigation app, encountered a dinosaur-sized alligator while duck hunting in Leesburg.  Stipe tells FOX 35 News that the alligator was about 13-feet long -- and kept taking their ducks before they could retrieve them from the water!

Nicole Latner took video of the 10-foot gator taking a nice leisurely stroll in the sunshine at Duran Golf Club in Melbourne back in October.

Richard Wilbanks, 74, became an internet hero this year for jumping in the water and prying the jaws of a gator open to save his new puppy, Gunner. He even kept a cigar in his mouth the entire time!

Wilbanks and Gunner joined Good Day Orlando to talk about his hero status! Watch below:

Brandon Downes and his brother Kyle were playing a round of golf in Cape Coral on Sunday when they spotted the large alligator next to a pond.

Kyle began recording video as his brother went to retrieve the ball. Here’s what happened.

Ok, so it’s not an alligator, but this is equally as crazy.

A Florida woman spotted what she thought was an alligator in her backyard -- only to quickly realize the large reptile was actually a rare crocodile. Read more HERE. 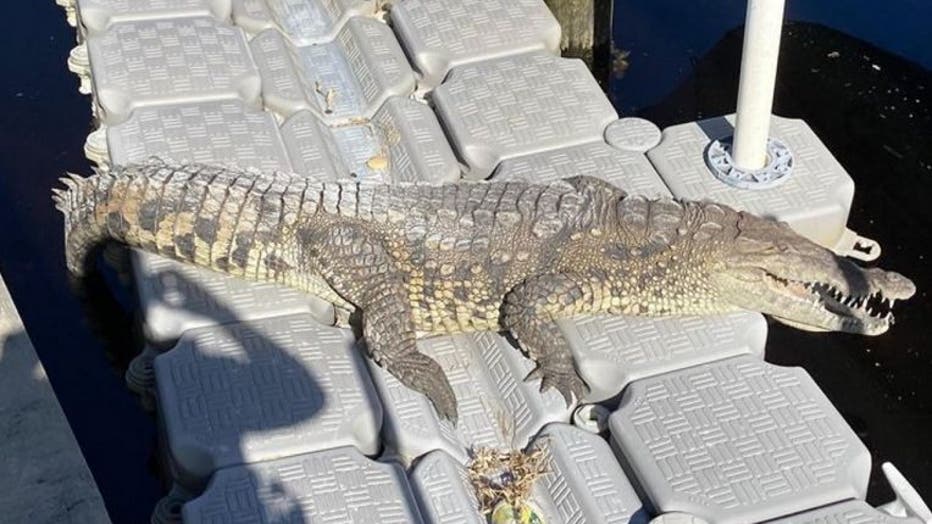 ‘The fight went on for 2 hours’: Golfers capture video of alligator brawl on SC golf course

Not Florida, but this video is definitely worth watching!

Matthew Proffitt was golfing with friends at the Hilton Head Lakes golf course in Hardeeville, South Carolina when his group came across two alligators locked onto each other with their powerful jaws while thrashing about.

Bystanders for a waterside gator fight included several large birds at a golf course in South Florida this week.

Mary Lukas Jurkowski took video footage October 27 of the two alligators as they snapped and wrestled alongside a pond at Rotonda Golf and Country Club.